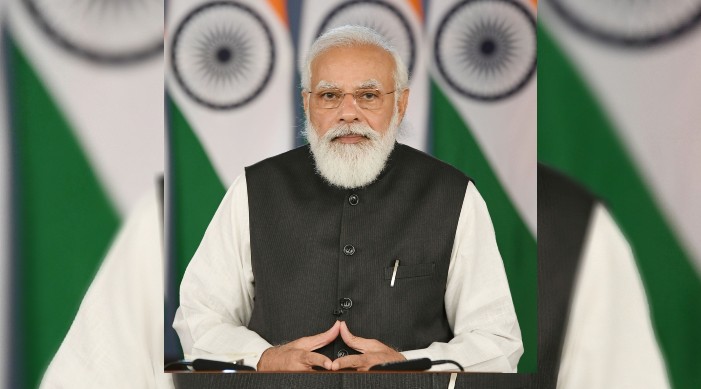 Work was progressing at a rapid pace to set up 100 new medical colleges, PM Modi said

India had resolved to increase its strength and self-reliance in the Covid-19 pandemic, Prime Minister Narendra Modi said on Thursday.

The biggest pandemic of 100 years had taught a lesson to the health sector of the world, he said while inaugurating CIPET: Institute of Petrochemicals Technology, Jaipur through video conference.

Every country was engaged in dealing with this crisis in its own way; India had resolved to increase its strength, self-reliance in this disaster, he noted.

Addressing the gathering, the Prime Minister said, “We have worked on a national approach and national health policy to transform country’s health sector".

The total seats of medical undergraduates and postgraduates in the country had increased to 140,000 from about 82,000 in 2014, he said.

The Prime Minister said it was important that medical colleges or even super-speciality hospitals should spread their network rapidly to every nook and corner of the country.

“Today we can say with satisfaction that India is moving beyond 6 AIIMS to a strong network of more than 22 AIIMS”, he added.

Poiting out that this was keenly felt in the corona period, he said the success of the central government's ‘Free vaccine, vaccine for all’ campaign was a reflection of this.

More than 88 crore doses of the Covid-19 vaccine had been administered in India, the Prime Minister said.

He said that the new Institute of Petrochemical Technology will connect the lakhs of youth with new possibilities.

He also recalled his Chief Minister tenure and his efforts to establish and nurture Pandit Deendayal Petroleum University, now Energy University, in the state. He said this type of institute will pave the way for youths to contribute to clean energy innovations.

The Prime Minister highlighted that the Rajasthan Refinery Project at Barmer was progressing rapidly with more than 70,000 crore Rs investment.

Now, 17 districts of the state have been authorized for city gas distribution network. In the coming years, every district of the state will have a piped gas network.

He also pointed out the ease of living introduced by the arrival of toilets, electricity, gas connections. He said today more than 21 lakh families are getting piped water through Jal Jeevan Mission in the state.

He said that more than 13 lakh pucca houses were constructed in Rajasthan for poor families.