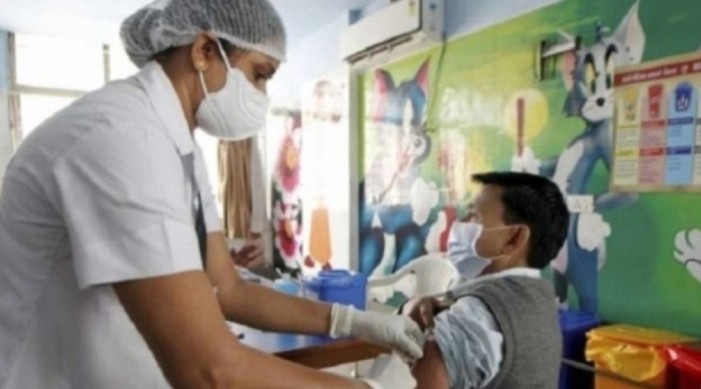 India administers 88 crore vaccines in a bid to strengthen our fight against the pandemic.

This momentous feat is a celebration of the nation's determination," Mandaviya said on Twitter.

Earlier, in the morning, the Union Ministry of Health and Family Welfare had said that 54,13,332 vaccine doses had been administered in the last 24 hours.

As per provisional reports till 7 am on Wednesday, 87,66,63,490 doses had been administered so far since January 16, the ministry had said.

This had been achieved through 85,33,076 sessions, according to data provided by Ministry of Health and Family Welfare.

The recovery of 28,178 patients in the last 24 hours has increased the cumulative tally of recovered patients (since the beginning of the pandemic) to 3,29,86,180.

Consequently, India’s recovery rate stands at 97.83%. Recovery Rate is currently at its highest peak since March 2020.

Meanwhile, states and Union Territories (UTs) continued the trend of less than 50,000 Daily New Cases that is being reported for 94 consecutive days now.

India’s active caseload is currently 2,82,520, which is the lowest in 194 days. Active cases now constitute 0.84% of the country's total Positive Cases.

The Weekly Positivity Rate at 1.82% has remained less than 3% for the last 96 days now.

The Daily Positivity rate is reported to be 1.25%. It has remained below3% for the last 30 days and below 5% for 113 consecutive days now.