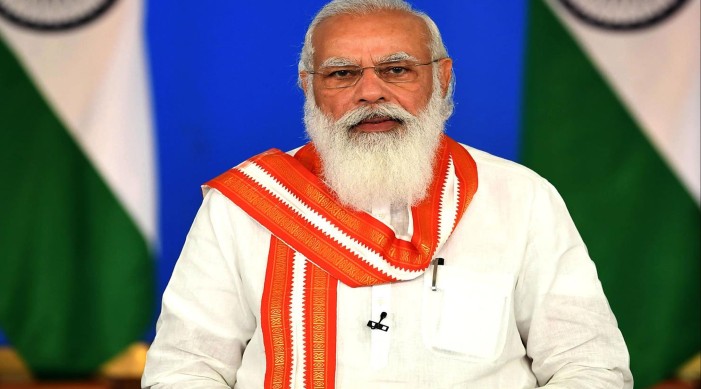 As per the Prime Minister, transformations in the education sector are not just policy-based but also participation-based

The Prime Minister did so during the inaugural conclave of ‘Shikshak Parv.’ Speaking on the occasion, he commended the contribution the teachers have made for the future of students in the country in difficult times.

Addressing the gathering through video conferencing, he informed the people that many new schemes have been started across the country, currently celebrating the “Azadi ka Amrit Mahotsav.”

Prime Minister Modi praised the contribution of academicians, experts, teachers, at every level of the formulation of the National Education Policy and its implementation.

He urged everyone to take this participation to a new level and also to involve society in it.

These transformations in the education sector are not just policy-based but also participation -based, he added.

The Prime Minister said 'Vidyanjali 2.0' is like a platform for the country's resolve of 'Sabka Prayas' with 'Sabka Saath, Sabka Vikas, Sabka Vishwas'.

“In this society, our private sector has to come forward and contribute to increasing the quality of education in government schools,” the Prime Minister added.

When society does something together, then the desired results are assured, he said.

The Prime Minister said that everyone, in whichever sphere of life, has a role in shaping the future of the youth.

He recalled the stellar performance of Indian athletes in the recently concluded Olympics Paralympics. He expressed happiness that athletes have accepted his request that every player visit at least 75 schools during Azadi Ka Amrit mahotsav.

This will inspire the students and many talented students will get encouragement to go forward in the field of sports, he said.

The Prime Minister said that for the progress of any country, education should not only be inclusive but should also be equitable.

He added that National Digital Architecture i.e. N-DEAR is likely to play a major role in eradicating inequality in education and its modernization. N-DEAR will act as a ‘super-connect’ between various academic activities in the same way as UPI interface revolutionized the banking sector.

The country is making technology like Talking Books and Audiobooks a part of education. He said School Quality Assessment and Assurance Framework (S.Q.A.A.F), which was operationalized today, would address the deficiency of the absence of a common scientific framework for dimensions like curricula, pedagogy, assessment, infrastructure, inclusive practices and governance process.

He added that in this rapidly changing era, our teachers also have to learn about new systems and techniques rapidly.

The Prime Minister informed that the country is preparing its teachers for these changes through 'Nishtha' training programs.

He said Indian teachers do not consider their work as a mere profession, “teaching for them is marked by human empathy, a sacred moral duty.”

That is why “we do not have a mere professional relationship between the teacher and the children, but a family relationship. And this relationship is for life”, the Prime Minister added.