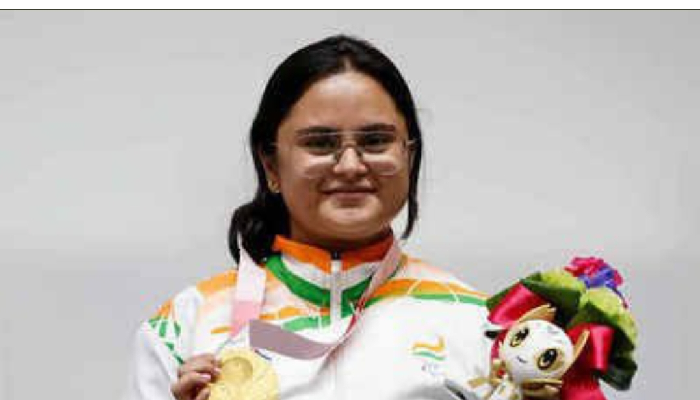 On Monday, she shot her way to glory to win the gold medal in the R-2 women’s 10m Air Rifle Standing SH1 event. She finished with a world record equalling total of 249.6. This is also a new Paralympic record.

She is only the fourth Indian athlete to win a Paralympics gold.

Swimmer Murlikant Petkar (1972), javelin thrower Devendra Jhajharia (2004 and 2016) and high jumper Mariyappan Thangavelu (2016) are the others to have won a Paralympics gold medal.

Prime Minister Narendra Modi congratulated her on the achievement.

"Phenomenal performance @AvaniLekhara! Congratulations on winning a hard-earned and well-deserved Gold, made possible due to your industrious nature and passion towards shooting. This is truly a special moment for Indian sports. Best wishes for your future endeavours," he said on Twitter.

It was a good day for India in the track and field events with two medals in javelin throw.

Yogesh Kathunia won the Silver medal in discus throw in the men's F56 event at the Tokyo Paralympic Games.

On Sunday, Bhavina Patel had won a Silver medal in table tennis. Nishad Kumar had bagged another Silver medal for India, in the Men’s High Jump T47.