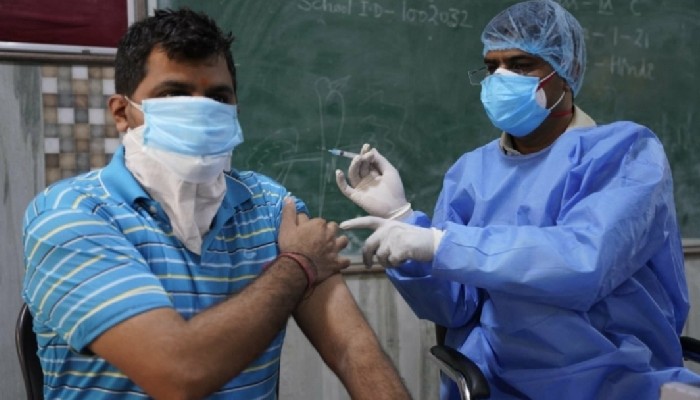 The minister described it as an "unprecedented milestone".

"India achieves unprecedented milestone!
50 % of the eligible population inoculated with the first dose of #COVID19 vaccine
Keep it up India Let us fight Corona," he said on Twitter.

In India, all people over the age of 18 years are eligible for Covid-19 vaccines.

India’s Covid-19 vaccination coverage has now crossed the 61 crore (61 million mark). The figure stood at 61,10,43,573, as per the 7 pm provisional report on Thursday, the Union Health Ministry said.

The cumulative number of people who have been administered the second dose of the vaccine stands at 13,91,43,053.

India rolled out what has been described as the world's largest vaccination campaign on January 16 this year, beginning with HealthCare Workers and soon covering FrontLine Workers as well.

The campaign was then opened up to the 60-plus population, followed by those above 45 years of age.

It has since been expanded all persons who are more than 18 years old.