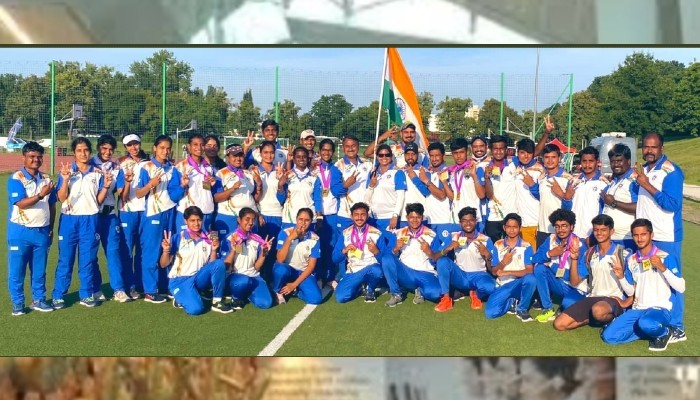 Before this, Indian archers had won a total of 26 medals (6 Gold, 9 Silver and 11 Bronze) at earlier meets

India has won 15 medals - its highest-ever - at the Youth World Archery Championship. This includes 8 Gold, 2 Silver and 5 Bronze medals.

The Youth World Archery Championship was held in Wroclaw, Poland from August 9 to 15.

On the other hand, Recurve Archers clinched 5 Gold and 3 Bronze medals.

The notable individual performers included
Komalika Bari (U21 Junior Recurve) who won the Gold Medal. She became the second Indian after Deepika Kumari to win both the Cadet and Junior Recurve Women World Champions' titles.

Priya Gurjar (U18 Cadet Compound) became the first Indian Archer to win two Gold medals at any Youth World Championship with a total of three medals (2 Gold and 1 Silver). She was part of both the teams which established new World Records.

Prior to Wroclaw, Indian archers had won a total of 26 medals (6 Gold, 9 Silver and 11 Bronze) at the Youth World Archery Championships/Junior World tournaments.

This year's event was also significant since 14 out of the 24 Indian archers played an international event for the first time.

Five youth archers who won medals have also been selected as members of the senior team that is going to participate in the USA-World Championships-September, 2021.

Union Minister of Youth Affairs & Sports Anurag Thakur interacted with the World Youth Archery Championship winners during an event on Tuesday and congratulated them for making the nation proud.