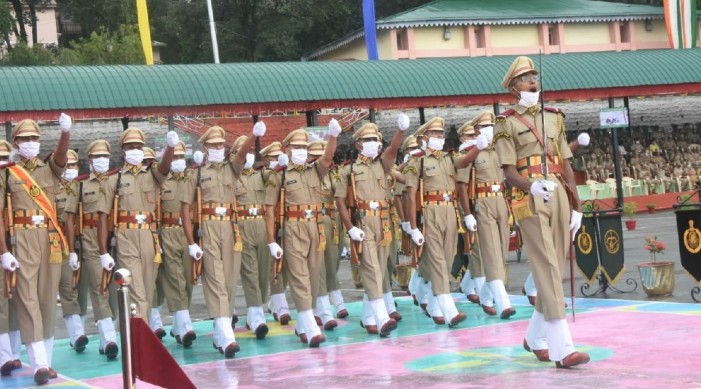 The passing out parade was held in Mussoorie, Uttarakhand on Sunday. (Source: Twitter @ITBP_official)

They were part of 53 Assistant Commandants (General Duty - 42, Engineers - 11) who completed their course from the ITBP Academy in Mussoorie, Uttarakhand on Sunday.

The 2 women Assistant Commandants - Prakriti and Diksha - had joined the ITBP through the the Union Public Service Commission (UPSC).

Diksha's father, Kamlesh Kumar, is an Inspector with the ITBP. Pratiksha is the daughter of a retired Indian Air Force (IAF warrant officer).

The ITBP started appointment of women combat officers as company commanders through the entrance examination for Central Armed Police Forces (CAPFs) conducted by the UPSC in 2016.

Till now, women have served in non-combat roles like the medical branch. Women officers are sent on deputation from the Indian Police Service (IPS) to take up senior positions in the ITBP.

The ITBP is deployed along India's border with China.