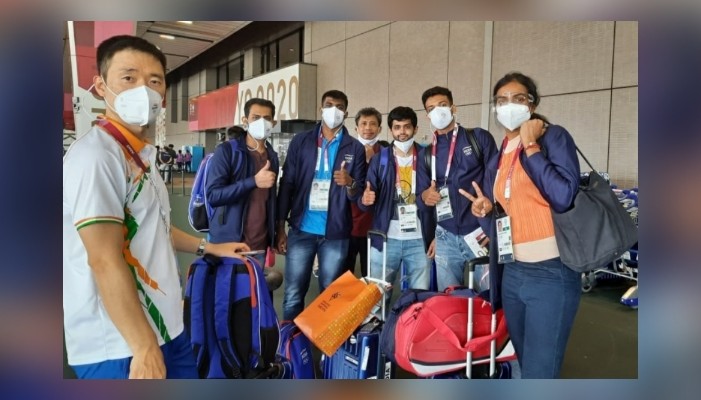 At 127, a record number of Indian athletes have qualified for the Tokyo Olympics

Over 50 Indian sportspersons have reached Japan ahead of the Tokyo Olympics. They arrived in Tokyo on Sunday morning after being given a warm send-off from Delhi on Saturday night.

This batch had 54 athletes from eight sports - Archery , Hockey, Badminton, Table Tennis, Archery, Judo, Gymnastics and Weightlifting. The largest contingent in this batch was of the hockey players.

Wishing our brilliant athletes the very best! The pulse of 130 crore Indians is racing!
All eyes on you. Get Set Go! #Cheer4India," said Thakur, posting a video of the event on Twitter.

The Sports Authority of India later tweeted a video of the Indian contingent after it landed in Tokyo.

Indian athletes for some disciplines like Rowing and Sailing had reached Japan earlier, and have already begun practice and training.