Modi Cabinet Reshuffle: List of portfolios for the Council of Ministers 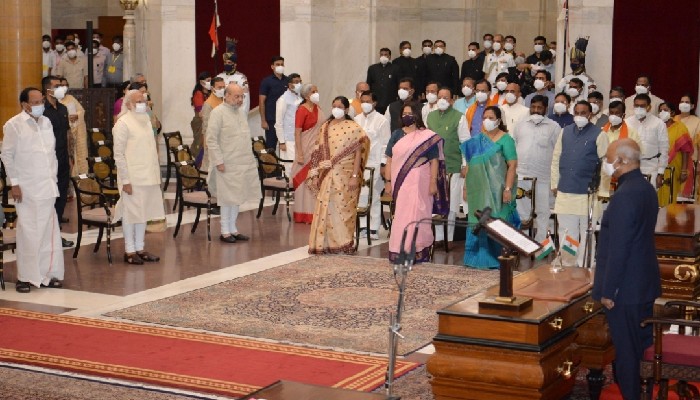 The new ministers were sworn in at a ceremony at the Rashtrapati Bhawan. (Source: PIB)

Work portfolios have been distributed among members of the Council of Ministers after 15 ministers of Cabinet rank and 28 Ministers of State took oath of office on Wednesday.

Given below is the Communique from the President's Secretariat on the portfolios.

The President of India, as advised by the Prime Minister, has directed the allocation of portfolios among the following members of the Council of Ministers :-