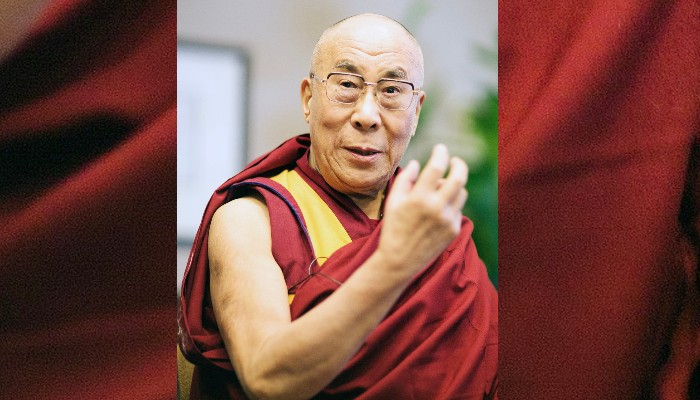 "I really appreciate the Indian concept of secular values," said the Tibetan spiritual leader on his birthday

Prime Minister Narendra Modi on Tuesday spoke to the Dalai Lama to convey greetings on his 86th birthday. He also wished the Tibetan spiritual leader a long and healthy life.

In a tweet, the Prime Minister said, "Spoke on phone to His Holiness the @DalaiLama to convey greetings on his 86th birthday. We wish him a long and healthy life."

In the meanwhile, in a virtual address on his birthday, the 14th Dalai Lama, Tenzin Gyatso, who has been living in India for more than six decades explained how India's freedom and religious harmony have served him.

"Since I became a refugee and settled in India, I have taken full advantage of India's freedom and religious harmony. I want to assure you that for the rest of my life, I am committed to reviving ancient Indian knowledge," he said.

The Dalai Lama appreciated the Indian concept of secular values saying that they are not dependent on religion.

"I really appreciate the Indian concept of secular values, not dependent on religion, such as honesty, karuna (compassion) and ahimsa (non-violence)," the 14th Dalai Lama added.

He extended gratitude to all friends and reiterated his commitment to serving humanity.

“Now that it is my birthday, I want to express my deep appreciation to all my friends who have really shown love, respect and trust. I can assure you that I am committed to serving humanity and working to protect the climate," he stated.

The Dalai Lama advised people to practice non-violence and be compassionate towards each other.