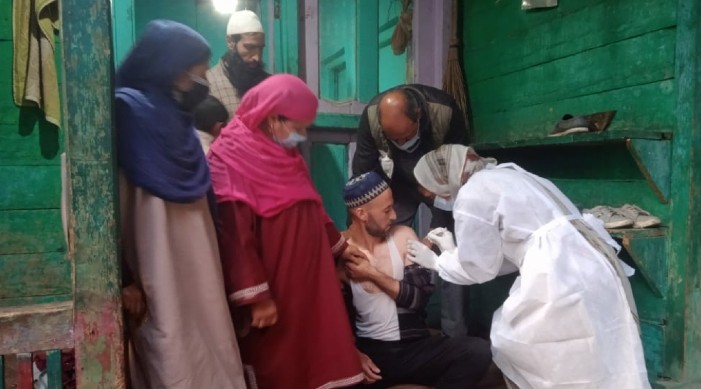 As many as 4,134,868 doses were administered across the country in the last 24 hours

India had administered over 357 million Covid vaccine doses by Monday. On the same day, Prime Minister Narendra Modi offered the country’s CoWIN app for vaccination to the world, saying technology is integral to the global fight against the pandemic.

According to the Ministry of Health and Family Welfare, 357,105,461 vaccine doses were given across the states and Union territories. As many as 4,134,868 doses were administered in the last 24 hours.
The third phase of vaccination began on June 21 as PM Modi announced the free vaccine for all policy.

Meanwhile, continuing to report a declining trajectory of active cases, India reported 34,703 fresh Covid-19 cases in the last 24 hours, the lowest in 111 days, according to the Union Health Ministry on Tuesday.

With this, the country’s active caseload has declined to 464,357, which is the lowest in 101 days. The active cases constitute 1.52% of the total cases.

The weekly Positivity Rate remains below 5%, currently at 2.40%. Meanwhile, the Daily positivity rate is at 2.11%, less than 3% for 15 consecutive days.

According to the Health Ministry, the Testing capacity substantially ramped up and 42.14 crore total tests have been conducted.