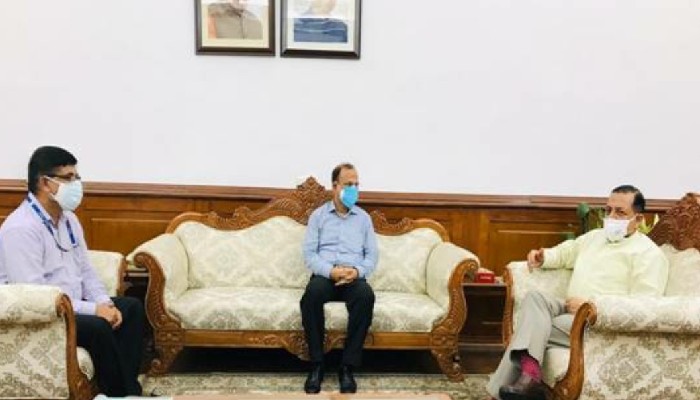 The Indian Space Research Organisation (ISRO) is no longer confined to the launching of satellites, he said

The Indian Space Research Organisation (ISRO) is engaged in the widespread application of space technology in diverse fields ranging from Railways to Agriculture and Water Resources as well as Earth and Climate Studies.

This is being done to bring about “ease of living” for the common man, Union Minister Jitendra Singh said on Monday while interacting with officials from ISRO and the Department of Space.

Latest technology is being used in areas like Geosciences, Infrastructure, Disaster Management Support as well as Forestry and Ecology.

In agriculture, satellite driven seasonal cropping pattern, experiments on yield estimation, estimation of net-sown crop area and agricultural drought assessment studies are being conducted, Singh was quoted as saying by the Department of Space in a press release.

Similarly, in the area of soils, land degradation maps were generated and are useful for planning soil conservation and reclamation programs, land use planning, for bringing additional areas into cultivation and also to improve productivity levels in degraded lands.

According to Singh, maps of salt affected and water logging areas as well as soil erosion maps are provided in BHUVAN portal. He said satellite data from IRS sensors are being used to generate soil maps through monoscopic (non-stereoscopic) visual interpretation and computer-assisted digital analysis approaches.

Lauding ISRO's role during the Covid-19 pandemic, Singh pointed out that it had been providing Liquid Oxygen to several State governments from their own manufacturing facilities or from the existing stock.

ISRO also engaged in repurposing existing resources, scaling up of capacity of their facilities and also transferred technology to supplement the country's fight against the second wave of COVID-19, when the wave was at its peak, he added.