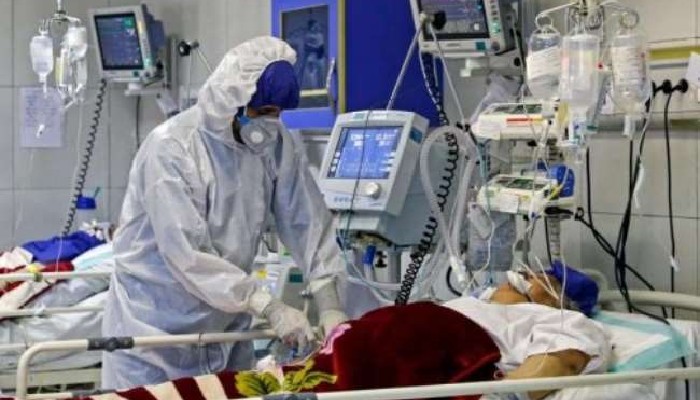 Less than 50,000 Daily New Cases have been reported since six continuous days

According to the Ministry of Health and Family Welfare, India has reported 44,111 new cases in the last 24 hours. Less than 50,000 Daily New Cases have been reported since six continuous days.

“This is a result of sustained and collaborative efforts by the Centre and the States/UTs,” the health ministry said.

A net decline of 14,104 is witnessed in the last 24 hours and active cases are now only 1.62% of the country's total Positive Cases.

As more people are getting recovered from COVID-19 infection, India’s Daily Recoveries continue to outnumber the Daily New Cases for 51 consecutive days now. 57,477 recoveries were registered in the last 24 hours.

Out of the people infected since the beginning of the pandemic, 2,96,05,779 people have already recovered from COVID-19 and 57,477patients have recovered in the last 24 hours. This constitutes an overall recovery rate of 97.06%, which is showing a sustained increasing trend.

On another front, India’s cumulative vaccination coverage crossed the landmark of 34 crore on Friday. A total of 34,46,11,291 vaccine doses have been administered through 45,60,088 sessions, as per the provisional report till 7 am. 43,99,298 vaccine doses were administered in the last 24 hours.

The new phase of universalization of COVID19 vaccination commenced from 21st June, 2021.

“The Union Government is committed to accelerating the pace and expanding the scope of COVID19 vaccination throughout the country,” the statement read.

While on one side testing capacity has been enhanced across the country, a continued decline in weekly case positivity is noticed. The weekly Positivity Rate is currently at 2.50% while the Daily Positivity rate stands at 2.35%. The daily Positivity rate has remained less than 5% for 26 consecutive days now.