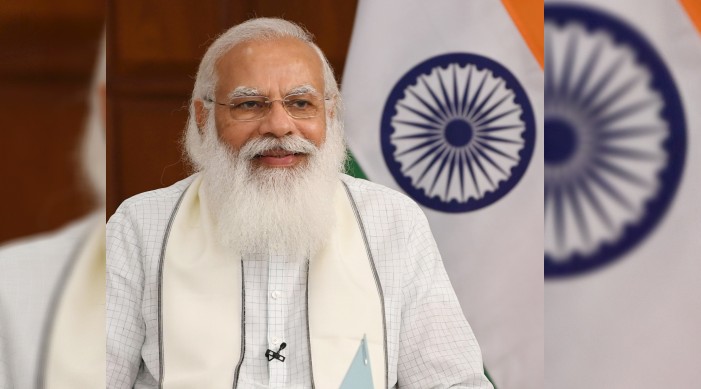 Indian scientists and doctors have found solutions to challenges thrown by Corona, the Prime Minister said

Hailing doctor’s contribution during the pandemic as “heroic,” Prime Minister Narendra Modi on the occasion of Doctors’ Day on Thursday paid homage to those who laid down their lives in the service of humanity.

Doctors’ Day is celebrated in the memory of Doctor B C Roy who was looked as the symbol of the highest ideals for the medical fraternity in India. He also served as Chief Minister of West Bengal for 14 years.

The Prime Minister said despite the limitations of long-neglected medical infrastructure and pressure of population, India’s per lakh population rate of infection and death rate is still manageable compared to even in developed countries.

“Loss of lives is always painful but many lives have been saved too. Credit goes to hard-working doctors, healthcare workers, frontline workers for saving many lives,” said the Prime Minister.

Prime Minister Modi underlined the focus of the government on strengthening healthcare. “During the ‘first wave’ about Rs 15 thousand crores were allocated for healthcare and this year, health sector budget has been doubled to more than Rs 2 lakh crore,” he said.

The Prime Minister added that Rs 50 thousand crore have been allocated for credit guarantee scheme to develop health infrastructure in the under-served area.

On this occasion, Prime Minister Modi also reiterated the Government’s commitment for the safety of doctors.

He said stringent laws that have been brought in for preventing violence against doctors. Along with this, a free insurance cover scheme has been brought for the Covid-19 warriors.

The Prime Minister called upon the doctors to continue to inspire the people to get vaccinated and adopt Covid appropriate behavior.

He also commended medical fraternity for spreading awareness about Yoga.

“Work for propagating Yoga that should have been done in the last century after Independence, is being done now,” said the Prime Minister.

He praised the doctors for giving their time to the evidence-based studies on the benefits of Yoga for dealing with post-Covid complications.

The Prime Minister asked if IMA can take up the evidence-based studies on yoga in a mission mode. He also suggested that studies on Yoga could be published in international journals.

The Prime Minister stressed the importance of documentation of experiences by doctors. Along with the experiences, symptoms of the patients and treatment plan needs to be documented in great details.

This can be taken up as a research study where effects of various medicines and treatments are noted. Prime Minister Modi said, “Sheer number of patients served by our doctors put them ahead of the world. Now is the time when the world takes cognizance and take benefit from these scientific studies. Covid pandemic can be a good starting point for this.”

The Prime Minister wondered “if we could study more deeply how vaccines are helping us, how early diagnosis helps.”

There is no documentation available about the last century’s pandemic but "now we have technology and our documentation about how we faced Covid will help the humanity", concluded the Prime Minister.