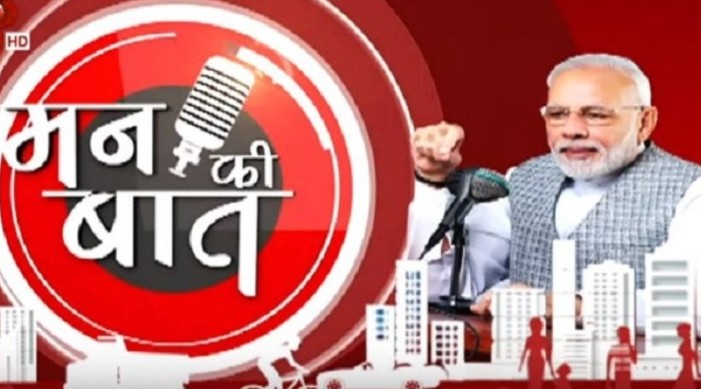 PM Narendra Modi narrated the life stories of some of the players.

In our country, most of the sportspersons hail from the smaller towns and villages, he said

Applauding Indian athletes headed for the Tokyo Olympics to be held next month, Prime Minister Narendra Modi on Sunday asked the country to back the players without putting any pressure on them.

"Every player going to Tokyo has had one’s own share of struggle, and years of toil. They are going not only for themselves but for the country," PM Modi said during his monthly Mann ki Baat broadcast.

Noting that these players have to enhance the glory of India and win the hearts of the people, he said, "we should not pressurize these players knowingly or unknowingly, but support them with an open mind and bolster the enthusiasm of every player".

The Prime Minister pointed out that, "In our country most of the sportspersons hail from the smaller towns and villages. Our team that is going to Tokyo too has many such players whose life inspires a lot".

They are among the 100-plus Indian players who have qualified for the Olympics.

"Our players going to Tokyo faced scarcity of means and resources in their childhood, but they persevered, and endured with fortitude," he pointed out.

Pointing out that Jadhav's parents run the family by working as labourers, he said the fact that their son is going to participate in his first Olympics was "a matter of great pride not only for his parents but for all of us".

Similarly, he said, Neha Goyal's mother and sisters manage the family expenses by working in a cycle factory.

"Like Neha, Deepika Kumari ji’s life too has been full of ups and downs. Deepika’s father drives an auto rickshaw and her mother is a nurse, and now see, Deepika is at present the only female archer from India in the Tokyo Olympics," PM Modi said.

He also highlighted the achievement of Priyanka Goswami from Muzaffarnagar in Uttar Pradesh whose father is a bus conductor. "As a child, Priyanka adored the bag that the medal winners were presented with. It was this fascination that made her participate in the Race-Walking competition for the first time. Now, she is a big champion of that," the Prime Minister said.

He went on to talk about Shivpal Singh, whose entire family is associated with sports and Manish Kaushik who is from Bhiwani in Haryana.

"Manish ji comes from an agricultural family. While working in the fields in his childhood, Manish became fond of boxing. Today this hobby of his is taking him to Tokyo," he said during the broadcast.

Referring to C.A. Bhavani Devi, Prime Minister Modi pointed out the sportsperson from Chennai is the first Indian fencer to qualify in the Olympics. "I was reading somewhere that in order for Bhavani ji's training to continue, her mother had even mortgaged her jewellery," he said.