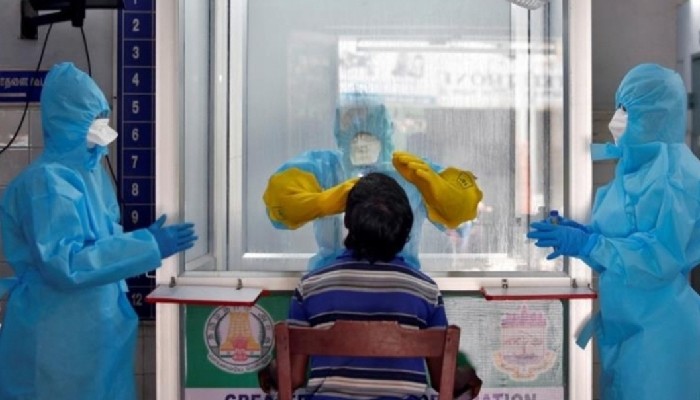 Over 19 lakh tests were conducted in the last 24 hours.

The total number of active cases are now only 3.49% of the country's total positive cases

India has reported 80,834 daily new cases in the last 24 hours, the lowest after 71 days. With this, the country has recorded less than 1 lakh daily new cases for 6 continuous days now, the Union Ministry of Health and Family Welfare said releasing data till Sunday morning.

With a continuous fall over the past few weeks, the country’s active caseload now stands at 10,26,159. The figure has been below 20 lakhs for 13 successive days.

A net decline of 54,531 was witnessed in the last 24 hours and the total number of active cases are now only 3.49% of the country's total positive cases, the health ministry said.

While on one side testing has been enhanced across the country, a continued decline in weekly case positivity is noticed

In keeping with the declining trend, the Weekly Positivity Rate is currently at 4.74%; the Daily Positivity rate now stands at 4.25% today. It has remained less than 10% for 20 consecutive days now.