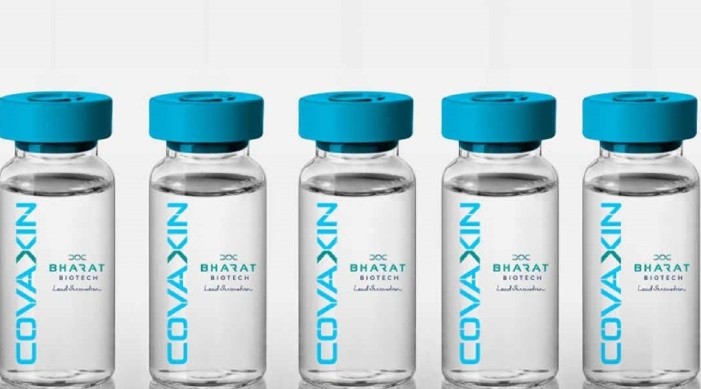 By May-June, production of Covaxin will be doubled from the current 10 million doses and then ramped up further

In a move that will significantly boost the availablity of Covid-19 vaccines in the country, the central government will fund an increase in the production of the indigenously developed Covaxin from 1 crore (10 million) to nearly 10 crore (100 million) doses per month by September this year.

The current production capacity of Covaxin developed by the Hyderabad-based Bharat Biotech and the Indian Council of Medical Research (ICMR) will be doubled by May-June and then increased nearly 6-7 fold by July-August, the Union Ministry of Science and Technology said on Friday.

This capacity is expected to reach nearly 10 crore doses per month by Sep 2021, the ministry said.

The decision to boost production of vaccine doses comes amid a record surge in Covid-19 cases in many parts of the country, including Maharashtra, Delhi, and Uttar Pradesh.

To achieve this, the production capacities of Bharat Biotech Limited, Hyderabad as well as other public sector manufactures are being upgraded with required infrastructure and technology.

According to the ministry, financial support of about Rs 65 crore is being provided as grant to Bharat Biotech’s new Bangalore facility. This facility is being repurposed to increase the capacity of vaccine production.

Inter-ministerial teams of the central government had visited the sites of the two main vaccine manufacturers in India - Bharat Biotech and the Pune-based Serum Institute of India which manufactures Covishield under licence from AstraZeneca - a few weeks ago to get their inputs on how production can be ramped up.

In this period, there have been extensive reviews and feasibility studies on the plans being discussed with vaccine manufacturers, the Ministry of Science and Technology said.

Three public sectors companies are also being supported to increase the capacity of vaccine production.

Haffkine Biopharmaceutical Corporation Ltd, Mumbai - a Public Sector Enterprise under the Maharashtra state government - will receive a financial grant of Rs 65 crore from the central government.

This will help it begin production with a capacity of about 20 million vaccine doses per month within the next six months. The company had originally asked for 12 months to complete all preparations.

Two other companies will also receive central government financial support to come up with facilities to produce 10-15 million vaccine doses per month by August-September this year.

According to the Ministry of Science and Technology, the steps announced today are part of Mission COVID Suraksha under the central government's Atmanirbhar Bharat 3.0 programme to accelerate the development and production of Indigenous COVID Vaccines.

This is being implemented by the Department of Biotechnology, Government of India.