BRICS nations must learn from each other’s experience in water management: Minister Kataria 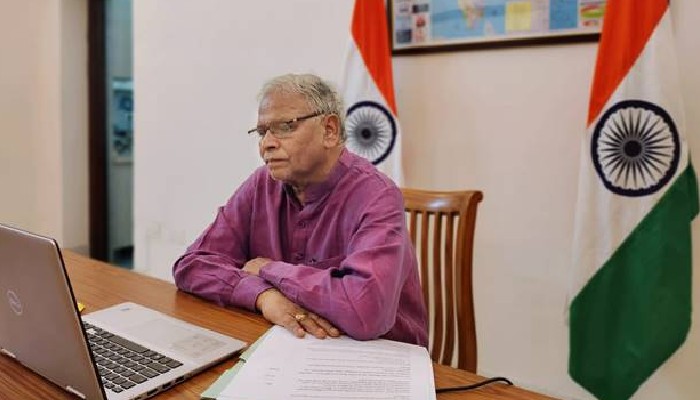 As per WHO, 2.2 billion people across the globe struggle to have access to safe drinking water

Kataria who is a Minister of State for Jal Shakti, cited example of Cape Town, South Africa, which became the first major city to have run out of water in the year 2017-18, to highlight the gravity of water crisis being faced in the world today.

He mentioned about Brazil where around 3 million population still lack access to safe drinking water. Russia on the other hand has 1/4th of the world’s fresh surface and ground water resources and provides 248 lpcd water to its residents for domestic use.

Kataria added that the ongoing pandemic has exacerbated the existential global crisis like hunger, poverty and water scarcity. He emphasized upon learning from each other’s valuable experience in handling the water crisis as 2.2 billion people across the globe still struggle to have access to safe drinking water.

He termed providing safe drinking water to people as an inescapable duty of any government and also a human right as enshrined in UNGA resolution 64/292.

Kataria informed the esteemed dignitaries that realizing the true importance of providing access to assured and safe drinking water to each rural household, the Government of India, under the dynamic leadership of Prime Minister Narendra Modi, launched an ambitious scheme to cover all rural households with piped water supply by the year 2024.

In August 2019, India launched Jal Jeevan Mission (Water is life) Scheme with a total outlay of around US $ 48 billion.

A scheme of this scale is unprecedented in the history of this nation and probably in the world. Kataria informed that in a short span of 1 and a half years, India has provided over 40 million piped water connections to rural households. At this pace, it is expected to meet the ambitious target of covering all rural households well within the time limit.