Modernization in agriculture is the need of hour, says PM Modi 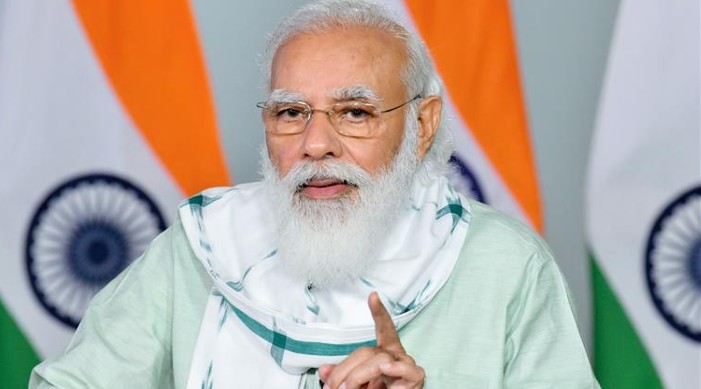 Emphasizing that novelty and modernization are essential in all fields of life, Prime Minister Narendra Modi in the 75th episode of ‘Mann Ki Baat’ programme on Sunday said modernization in the field of Indian agriculture is the need of the hour.

“Novelty, modernization is essential in all fields of life, otherwise it becomes a burden at times. Modernization in the field of Indian agriculture is the need of the hour. It is already late. We have already lost a lot of time,” the Prime Minister said in his highly popular monthly radio programme.

He said adopting new alternatives, new innovations, along with traditional farming, are equally important to create new opportunities for employment in the agriculture sector; to increase the income of farmers.

“The country has experienced it during the white revolution. Now bee farming is emerging as a similar alternative. Bee farming is becoming the foundation of a honey revolution or sweet revolution in the country. Farmers, in large numbers, of farmers are associating with it; innovating,” the Prime Minister said.

The Prime Minister recalled that last year in the very month, the country heard the term ‘Janata Curfew’ for the first time. He wondered at the might of the great Praja or the people of this great country.

It was an unprecedented example of discipline; generations to come will certainly feel proud at that, he noted.

He continued, by honouring respecting Corona Warriors, ringing Thaalis, applauding, lighting a lamp, you have touched the hearts of Corona warriors and that is the very reason they resolutely held on the whole year, without tiring, without halting and endured to save the life of each and every citizen of this country.

It is a great honour for all countrymen that India is running the world’s largest vaccination programme, he reminded. Reminding that in the month of March itself, when we were celebrating women’s day, many women players secured records and medals in their name.

“I am especially happy that daughters are making a new place for themselves in sports. Sports is coming up as a preferred choice in professional choices,” the Prime Minister said.

He pointed out the coincidence that his 75th Mann ki Baat this month also marks the commencement of ‘Amrit Mahotsav’ of the 75 years of Independence.

‘Amrit Mahotsav’ had begun from the day of Dandi Yatra and will continue till the 15th of August, 2023, he said.

He appealed listeners of the Mann Ki Baat programme to bring to the fore any historical place or any cultural story regarding the struggle saga of a freedom fighter and thereby become a means to connect the countrymen with it.

During this 75th episode, at the outset, he expressed his heartfelt gratitude to every listener of Mann ki Baat for making it successful, enriching it and staying connected.