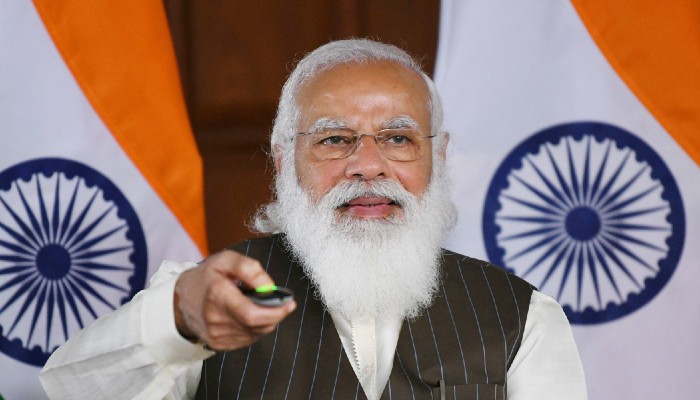 Prime Minister Narendra Modi on Saturday addressed the sixth meeting of the governing council of NITI Aayog through a video conference. The address was centered on ease of doing business, Atmanirbhar Bharat mission, and the working of center and state together in handling the coronavirus pandemic.

The sixth meeting is also witnessing the entry of Ladakh for the first time, in addition to the participation of Jammu and Kashmir as a Union Territory. This time, other UTs headed by administrators have also been invited to join.

The Governing Council, which comprises PM Modi, chief ministers of states and UTs, legislators, and Lieutenant Governors of other UTs, presents a platform to discuss inter-sectoral, inter-departmental, and federal issues.

Here are the key highlights of PM Modi’s address at NITI Aayog:

The Prime Minister during his address said federalism is the foundation for India's development. The Centre and the states need to work together to make federalism more meaningful.

Aatmanirbhar Bharat is a mission not only for self-reliance but also to produce for the world. PM Modi said that startups, MSMEs need to be made stronger while recognizing the individual talents of different states and districts.

PM Modi noted that the center and the states got united in the fight against Covid-19. This Governing council meeting becomes more significant as India heads towards completing its 75 years of independence, PM Modi said.

The agendas have been set to get advice from all the states, give the states time to prepare, and come up with resolutions. The governing council's agenda points are very specific this time, said PM Modi.

Since 2014, 2.40 lakh crore houses have been built across the nation in all states and cities. More development work is being done to build more modern houses, ensure clean drinking water that does not cause malnutrition in form of the Jal Jeevan mission. More than 3.5 crore rural houses have been connected to a water pipeline under the mission, PM Modi said.