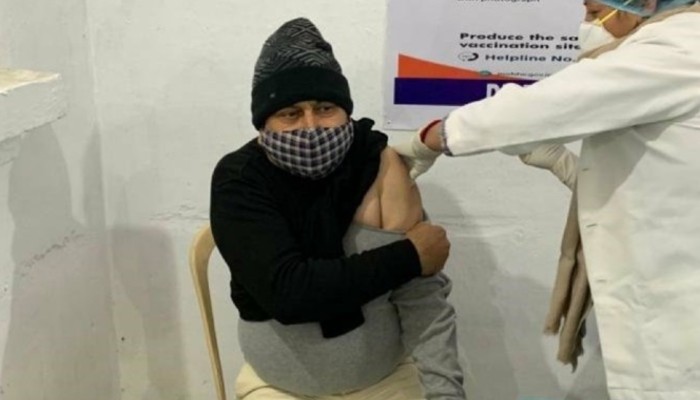 Vaccinating more than 94 lakhs (9.4 million) people with the COVID-19 vaccine, India has become the third topmost country globally, just after the USA and the UK.

As of February 18, till 8:00 AM, the cumulative vaccination coverage to healthcare workers (HCWs) and frontline workers (FLWs) against COVID19 in the country stands at 94,22,228.

The second dose of COVID19 vaccination started on February 13 for those beneficiaries who have completed 28 days after receipt of the 1st dose. The vaccination of the FLWs started from February 2.

Of the new recoveries, 85.14% are concentrated in six States.

Kerala has reported the maximum number of single day recoveries with 4,832 newly recovered cases. 3,853 people recovered in Maharashtra in the past 24 hours followed by 537 in Karnataka.

“Rising recoveries along with contained daily deaths have ensured a sustained fall in the Active Caseload,” the statement read.

The Daily Positivity Rate has also seen a constant decline in the last 7 days. From 1.89% on February 1, it has dropped to 1.69% as of Wednesday.

Kerala continues to report the highest daily new cases at 4,892 followed by Maharashtra with 4,787, while Tamil Nadu reported 454 new cases.

Meanwhile, 101 fatalities have been recorded in the last 24 hours. Five States account for 76.24% of the new deaths.

Maharashtra saw the maximum casualties (40). Kerala follows with 16 daily deaths and Punjab with 10.