India’s history not just about those who enslaved the country: PM Modi 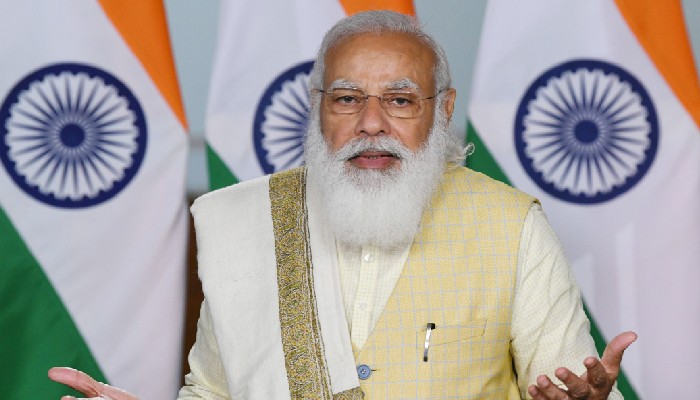 India’s history was not just about those who enslaved the country and the history written by those with a mentality of slavery, Prime Minister Narendra Modi said on Tuesday.

Pointing out that the country was rectifying the mistakes, injustice, and tampering that was committed against those who created history, he said India’s history was also that which had been nurtured by the common people through folklores and transmitted from one generation to another.

PM Modi said that as we enter the 75th year of the country’s independence, it becomes all the more important to remember the contribution of the historical heroes and heroines who have made an immense contribution to the country.

He lamented the fact that the people who sacrificed everything for India and Indianness have not been given their due in the history books. These irregularities and injustice against the makers of Indian history by the writers of Indian history were now being corrected, Prime Minister Modi said.

Remembering their contribution becomes all the more important at this juncture, he said.

He said that Maharaja Suheldev’s contribution to protecting Indianness was similarly ignored. Maharaja Suheldev has been kept alive in the hearts of people by the folklore of Awadh, Tarai, and Poorvanchal despite being ignored by the textbooks. The Prime Minister recalled his contribution as a sensitive and development-oriented ruler.

Maharaja Suheldev’s valor and courage may not have found their place in history books but from Awadh to Terai region and Purvanchal, he had always found himself in folklores and people’s hearts. Suheldev was a sensitive and development-oriented ruler, he asserted.