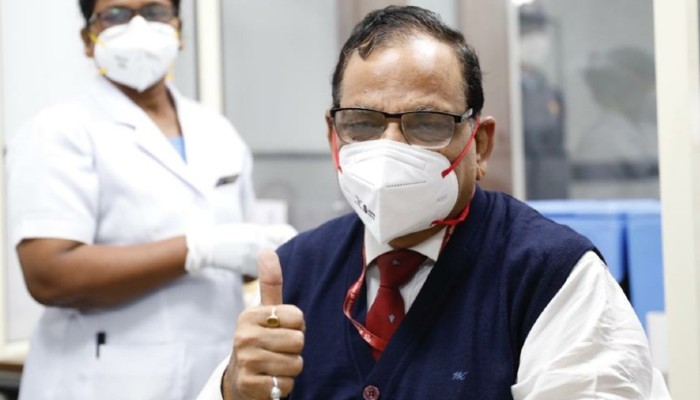 Meanwhile, India’s total Active Caseload has dropped to 1.36 lakh, or just 1.25% of the total Positive Cases

Nearly 87,40,595 Health Care Workers (HCWs) and Front Line Workers (FLWs) have been vaccinated across the country so far.

With a coverage of 61,11,968, over 60% of all HCWs eligible for vaccination have received the first dose. With the second dose of vaccination also having started a few days ago, the total number of HCWs who have been vaccinated stands at 62,82,546, the Ministry of Health and Family Welfare said today.

Fourteen states have given vaccines to over 70% of HCWs, including Rajasthan, Kerala, Uttar Pradesh, Madhya Pradesh, and Bihar. "This is something that needs to be appreciated and applauded," Union Health Secretary Rajesh Bhushan said during a media briefing.

When it comes to FLWs, 24,57,949 beneficiaries, or 26.3 per cent, have been vaccinated since the process began in the first week of February.

"I have taken the second dose of #COVIDVaccine today. Both vaccines are SAFE & IMMUNOGENIC," he was quoted as saying in a tweet by the health ministry.

Two states - Maharashtra and Kerala - account for 72 percent of the total active case in the country.

India’s Recovery Rate of 97.32% is amongst the highest in the world, with the difference between the recovered and active cases increasing further to 1,04,96,153 today.

What is significant is that 31 states and Union Territories (UTs) have reported a Recovery Rate that is more than the national average. Of these, Daman & Diu & Dadra & Nagar Haveli have a recovery rate of 99.88%.

The health ministry also pointed out that 17 states and UTs did not report any COVID-19 deaths in the last 24 hours.