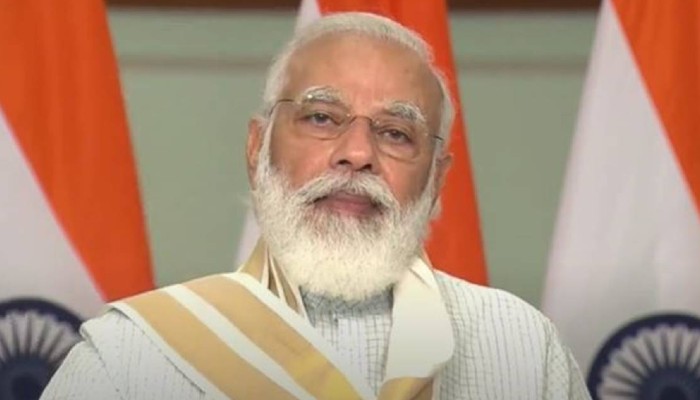 The government is working for the small farmers and changes in the agriculture sector aim at empowering the farmer, said Prime Minister Modi

Prime Minister Narendra Modi on Monday said the Minimum Support Price (MSP) for crops is going to stay and that the newly-passed farm laws should be given a chance in the country. He said this in the Rajya Sabha while replying to the Motion of Thanks on President Ram Nath Kovind’s address.

Requesting the protesting farmers to go back, he reiterated that the government is open to talks. Prime Minister Modi said opposition to the Centre’s newly passed farm laws lacks substance and that they have been stalled for decades. But the government is working for the small farmers and has initiated changes in the agriculture sector aimed at empowering the farmer, he said.

“A lot of discussions took place at the farmers' protest. But most of it was concentrated on the protest and not the solution. Agriculture minister Narendra Singh Tomar raised some valid questions in the House. But I think those questions will never find answers,” the Prime Minister said.

Explaining the situation of the small-scale farmers in India, PM Modi said the regular government schemes of loan waiver does not benefit India’s small farmers as they don't have a loan. PM Modi referred to his government's projects of Kisan credit card, pension yojana, Kisan rail and Kisan udaan which are aimed at helping small-scale farmers.

He questioned opposition parties for their sudden “U-turn” on the agriculture reforms.

“Every government has raised the issue of small-scale farmers, irrespective of whatever they could do or could not. Sharad Pawarji and the Congress too talked about farm laws. However now there is a complete U-turn. You could have cornered us on the process but at the same time, you could have also explained to the farmers that it is time to change,” Prime Minister Modi said.

“Some people are trying to create unrest in India. We should not forget what happened with Punjab. In 1984, Punjab suffered the most. What happened in J&K, northeast hurt India. Sikhs are being misled. The country is proud of Sikhs,” PM Modi said, while hinting about the recent international support to farmers’ protest.

The Prime Minister said that there is a need to protect the nation from a new FDI which he referred to as ‘Foreign Destructive Ideology’.

“The nation is making progress and we are talking about FDI but I see that a new FDI has come to the fore. We have to protect the nation from this new FDI. We need Foreign Direct Investment but the new FDI is ‘Foreign Destructive Ideology’ we have to protect ourselves from it,” the Prime Minister said, referring to the January 26 incident, when protesters’ put up a religion’s flag at the Red Forte, breaking barricades and damaging security arrangements placed by police to protect the national monument.