India is a land of opportunities: PM Modi 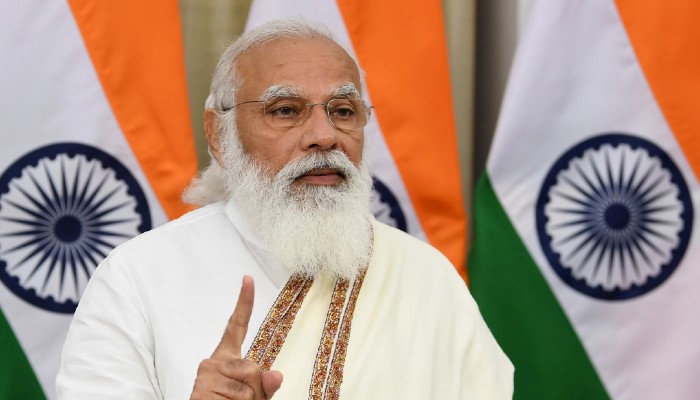 “There are expectations from India and there is confidence that India will contribute to the betterment of our planet,” PM Modi said

Replying to the Motion of Thanks on the President’s address, Prime Minister Narendra Modi on Monday in his speech in the Rajya Sabha described India as a land of opportunities.

“Eyes of the world are on India. There are expectations from India and there is confidence that India will contribute to the betterment of our planet. As India’ enters the 75th year of its Independence, we should try to make it a celebration of inspiration and rededicate ourselves to the pledges of our vision for India of 2047 when it’s Independence will complete a century,” Prime Minister said.

He said effective handling of the Covid-19 pandemic is not a success of a party or individual but is a success of the nation and should be celebrated as such.

India has seen days when there was a large threat of polio and smallpox. Nobody knew whether India will get a vaccine or how many people will get it.

“From those days, we are now here- when our nation is making vaccines for the world and undertaking the world largest vaccine drive. This increases our self-confidence. The COVID-19 period has added new strength to our federal structure and the spirit of cooperative federalism,” he noted.

Quoting Netaji Subhash Chandra Bose, the Prime Minister asserted, “Indian nationalism is neither narrow, nor selfish or aggressive. It is based on the notion of Satyam, Shivam, Sundaram. India is not merely the world's largest democracy. India is the ‘Mother of Democracy’ and this is our ethos. Our nation’s temperament is democratic.”

The Prime Minister said there are challenges and “we have to decide whether we want to be part of the solution or the problem.”

The Prime Minister underlined the importance of the youth power and said that efforts to strengthen the youth will pay rich dividends for the bright future of the country. Similarly, he appreciated the quick acceptance accorded to the National Education Policy.

The Prime Minister said that MSME is critical for the recovery and growth of the economy as they have huge employment potential also. That is why they received special attention in the stimulus packages during the Corona times.

Referring to the notion of ‘Sabka Saath, Sabka Vikas, Sabka Vishwas,’ the Prime Minister underlined the steps taken for normalisation in naxal affected areas and the northeast.

He said the situation is improving there and new opportunities are opening up in these areas. He expressed the hope that in the coming time, eastern areas will play a major role in the development of the country.