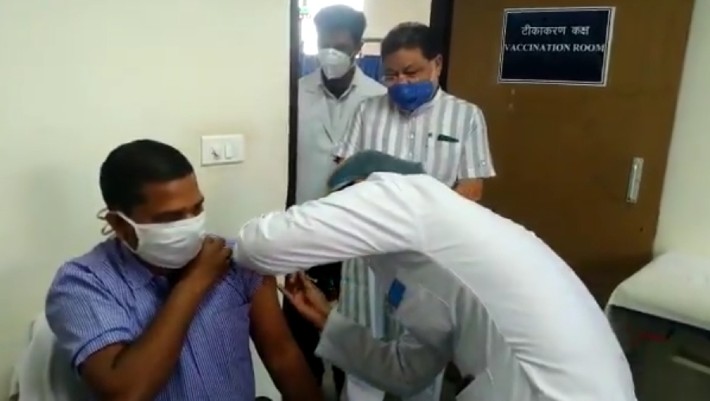 India has become the fastest country in the world to reach the 4 million COVID19 vaccination mark, achieving this feat in just 18 days.

By comparison, the US took 20 days to reach this landmark, Israel 39 days, and the UK 39 days, the Union Ministry of Health and Family Welfare said on Wednesday.

The ministry pointed out India was among the top five countries in terms of number of COVID19 vaccine doses administered to people as on February 1.

"India continues to undertake its vaccination drive at a fast pace," the ministry said.

Since the vaccination drive was rolled out on January 16, 76,576 sessions have been conducted across the country so far and the number of beneficiaries being vaccinated every day has shown a progressive increase.

That the country is on track to win the battle against the pandemic is also evident from the latest official data released today.

During the last 24 hours, there have been no COVID-19 related deaths in 14 states and Union Territories (UTs). The rest of the states and UTs recorded 110 fatalities during this period.

The country, meanwhile, continues the steady trend of a drop in the number of active cases.

The country’s active cases have declined further to 1,60,057 in the last 24 hours. With this, the Active Caseload of the country has fallen below 1.5% of the total number of cases. What's more, there are less than 5,000 active cases in 31 states and UTs.

While 11,039 new confirmed cases were recorded in the last 24 hours, the number of recoveries during the same period stands at 14,225. This has led to a net decline of 3,296 cases from the total active caseload.

With the total number of recovered cases standing at 1,04,62,631, India's National Recovery Rate of 97.08 per cent continues to be one of the highest globally.

The gap between active cases and recovered cases is continuously increasing and stands at 1,03,02,574.