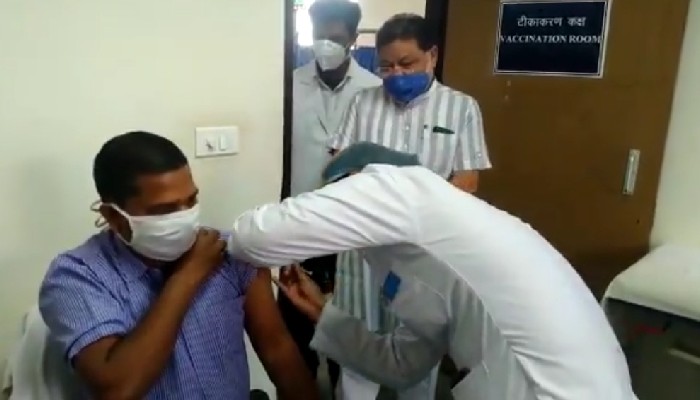 India’s total Active Caseload continues to sustain its downward movement and has now dropped to about 1.71 lakh

Over 33 lakh (3.3 million) healthcare workers across the country have received COVID-19 vaccinations in the two weeks since its rollout on January 16.

The cumulative number of healthcare workers who have been administered the COVID-19 vaccine stood at 33,68,734 till 7 pm today, with 62,939 sessions being conducted, as per the provisional figures released by the Ministry of Health and Family Welfare.

Over 10,000 vaccination sessions were held today and 440,681 beneficiaries had received their shots till 7 pm.

Uttar Pradesh has seen the highest number of vaccinations so far, with the figure now standing at 4,31,879. The state is followed by Karnataka at 3,07,752 and Rajasthan at 2,73,866 beneficiaries being vaccinated.

It is worth noting that India had completed vaccinating 1 million healthcare workers within the first six days of the vaccine rollout, much faster than the United States (10 days) and the United Kingdom (18 days).

According to the latest data, the present active caseload now consists of just 1.60% of India’s Total Positive Cases.

At 7,768, India’s caseload per million population is one of the lowest when compared globally. "The count is much higher for countries like Germany, Russia, Italy, Brazil, France, UK and USA," the health ministry said in a statement.

In fact, 17 States and Union Territories (UTs) have cases per million lower than the national average.