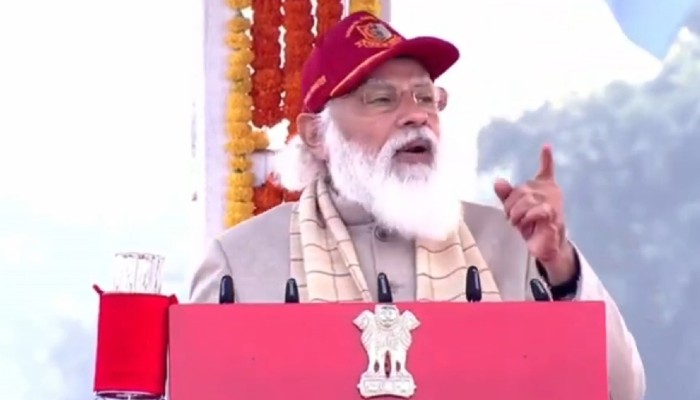 Nearly 1 lakh NCC cadets are being trained by the Indian Army, Indian Air force and Indian Navy for deployment in the country's border and coastal areas, Prime Minister Narendra Modi has said. About one-third of these are girl cadets.

Addressing a rally of the National Cadet Corps (NCC) in Delhi today, PM Modi recalled his Independence Day speech last year where he announced a new role for the NCC in 175 districts in such areas and said that training infrastructure was being strengthened.

"As against just one firing simulator earlier, 98 are being established now. Micro flight simulators are also being increased from 5 to 44 and rowing simulators from 11 to 60," he said.

Lauding the role of NCC cadets in different spheres, he praised them for their contribution during calamities like Covid-19.

During his address, the Prime Minister also exhorted the cadets to go 'Vocal for Local' and pointed out that self-confident youth was important for a self-reliant India. To achieve this, the government was working in the field of fitness, education and skill, he said.

He referred to the new National Education Policy (NEP) which was making the entire system student-centric by bringing in flexibility to choose a subject as per needs and interest. "The country will progress as the youth will take advantage of the opportunities provided by the reforms," said the Prime Minister.

Defence Minister Rajnath Singh, Chief of Defence Staff Gen Bipin Rawat and the three armed services Chiefs were present on the occasion. The Prime Minister inspected the Guard of Honour, reviewed the March Past by NCC contingents, and witnessed cultural performance during the event.