Indigenisation of container traffic on DFCs needs to be promoted: Piyush Goyal 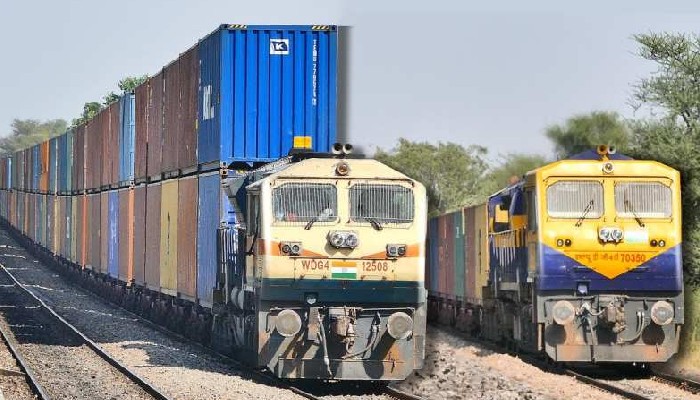 Minister for Railways and Commerce and Industry, Piyush Goyal on Monday said that to ensure ‘Atmanirbhar Bharat’ campaign gets a boost, indigenisation of all container traffic on dedicated freight corridors needs to be promoted on a mission mode. He also said that domestic industry in the country is quite capable of manufacturing such containers.

The Minister was speaking at the review meeting over various sections related to both East and West dedicated freight corridors.

Minister said that last mile connectivity and feeder routes need to be completed simultaneously as well as to ensure delivery of maximum benefits from dedicated freight corridors. He said that this aspect of project development needs to be monitored sincerely.

In the first phase, DFCCIL is constructing the Western DFC (1504 Route km) and Eastern DFC (1856 route km including PPP section of Sonnagar-Dankuni Section.

The EDFC starting from Sahnewal near Ludhiana (Punjab) will pass through the states of Punjab, Haryana, Uttar Pradesh, Bihar and Jharkhand to terminate at Dankuni in West Bengal.

The Western Corridor connecting Dadri in Uttar Pradesh to Jawaharlal Nehru Port (JNPT) in Mumbai will traverse through the states of UP, Haryana, Rajasthan, Gujarat and Maharashtra of WDFC & EDFC (excluding the Sonnagar – Dankuni PPP section) i.e. 2800 route Km will be commissioned by June 2022.

Dedicated Freight corridor is being seen as a game changer in Economic Development of India.