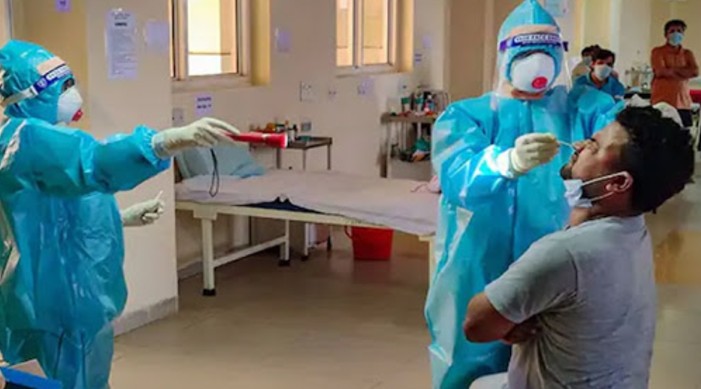 India took only 6 days to roll out 1 million vaccine doses, compared to the UK at 18 days and the US at 10 days

Over 16 lakh beneficiaries had received the Covid-19 vaccination under the campaign launched on January 16 even as the number of active Covid-19 cases came down to 1,84,408 on Sunday.

As India continued on its steady trajectory of reporting a sustained downfall in the daily new Covid-19 cases and a decline in the active cases, the share of Active Cases in the total Positive Cases further shrunk to 1.73 per cent.

In a statement, the Ministry of Health and Family Welfare attributed the trend to the successful "Test-Track-Treat-Test-Technology" strategy.

Nearly 15,948 people recovered in the last 24 hours, meaning a net decline of 1,254 cases was recorded during this period.

Just five states. Kerala, Maharashtra, Karnataka, Uttar Pradesh and West Bengal account for 75 per cent of the total active cases in the country.

The ministry also said that over 16 lakh beneficiaries had received the Covid-19 vaccination under the campaign launched on January 16.

The cumulative number of healthcare workers vaccinated against Covid-19 was 16,13,667, till 7.30 pm on Sunday through 28,613 sessions, as per the provisional report.

The health ministry pointed out that India took only 6 days to roll out 1 million vaccine doses. "This count is higher for countries like USA and the UK. The UK took 18 days whereas USA took 10 days to reach the 1 million mark," the statement added.

The total recovered cases stand at 10,316,786. This translates to a Recovery Rate of 96.83% which is continuously expanding.

A high 84.30 per cent of the new recovered cases are concentrated in 10 States and Union Territories (UTs).

Kerala has reported the maximum number of single day recoveries at 5,283. Maharashtra follows with 3,694 new recoveries.

According to the latest official data, 80.67 per cent of the 14,849 new Covid-19 cases recorded in the last 24 hours are concentrated in six states and UTs.

Seven states and UTs account for 79.35 per cent of the 155 case fatalities reported in the past 24 hours. Maharashtra reported 56 new deaths, followed by 23 from Kerala and 10 from Delhi.