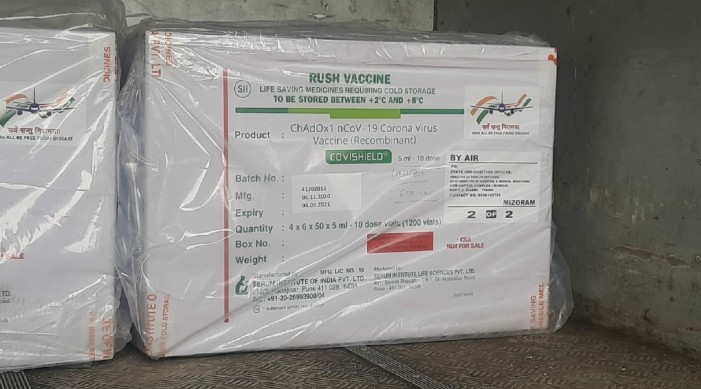 Vaccines have been transported to cities across the country

Ahead of the massive Covid-19 vaccination drive beginning from January 16, the full initial procurement of 1.65 crore doses of Covishield and Covaxin vaccines have been allocated to all States and Union Territories. The allocation has been made in the proportion of Health Care Workers database.

This is an initial lot of supply of vaccine doses and would be continuously replenished in the weeks to come, the Ministry of Health and Family Welfare said on Thursday, adding that any apprehension being expressed on account of deficient supply would be baseless and unfounded.

States have been advised to organize vaccination sessions taking into account 10 per cent reserve/wastage doses and an average of 100 vaccinations per session per day, said a statement issued by the ministry.

Meanwhile, India continues with the ongoing trend of contraction of new daily cases, and has recorded less than 20,000 daily new cases since the last seven days.

Kerala continues to report the highest daily new cases at 6,004. It is followed by Maharashtra and Karnataka with 3,556 and 746 new cases, respectively.

The active caseload of the country stands at 2,13,603. The share of Active Cases in the total Positive Cases has further shrunk to 2.03 percent.

In the last 24 hours, India also registered 17,652 new recoveries ensuring a net decline of 904 cases in the Active Caseload.

Of the total daily recoveries, 82.67 percent of the new recovered cases are observed to be concentrated in 10 States and UTs.

Kerala has reported the maximum number of single-day recoveries with 5,158 newly recovered cases. 3,009 people recovered in Maharashtra in the past 24 hours followed by 930 in Chhattisgarh.

The health ministry also noted that daily deaths in India are on a sustained decline. Less than 300 daily deaths have been registered for the last 20 days.

In the last 24 hours, 198 case fatalities have been reported. Six States/UTs account for 75.76 percent of new deaths. Maharashtra saw the maximum casualties (70). Kerala and West Bengal follow with 26 and 18 daily deaths, respectively.