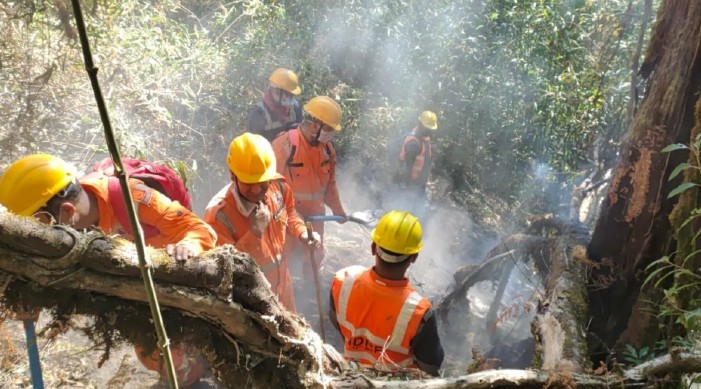 India might soon be a part of the United Nations (UN) mandated international search and rescue operations, a top ranking official has said. This comes as the country’s National Disaster Response Force is expected to obtain a globally recognised standardisation later this year.

According to a report in Millennium Post, the authorisation will be completed by the International Search and Rescue Advisory Group (INSARAG), which is headquartered in Switzerland. Under the UN umbrella, 90 countries and organisations will deal with urban search and rescue related issues.

NDRF Director General S N Pradhan said in an interview, “The UN agency INSARAG standardises disaster response teams across the world, just like we have the Bureau of Indian Standards in the country.” He added that the INSARAG is an international gold standardisation.

When asked how soon India can expect to be a part of the mandated international operations, “We are very much in thick of it and we will hopefully get the standardisation this year”, said S N Pradhan.

In fact, in September 2019, an INSARAG committee, comprising Australian and Singaporean experts, had conducted a preliminary review of NDRF teams. However, Covid-19 stalled the process.

"Hopefully, in 2021 you will see at least two heavy teams of the NDRF notified as INSARAG teams," the Millenium Post quoted S N Pradhan as saying.

He also said the UN standardisation could trigger a long-term process where more of its teams can be certified.

“The INSARAG standardisation could lead to a cascading effect where the NDRF can become a national accreditation agency for state disaster response forces and that also could be UN supported."

India will be a part of an international response force

The NDRF director explained the purpose of this categorisation. “If there is a call from the UN to respond to a disaster, we will be called upon as an international response force,” he said.

Pradhan stated that when NDRF went to Nepal and Japan in the past, it was a bilateral decision between the two countries. However, this standardisation was a UN-mandated task and “a matter of great prestige for India,” he pointed out.

He also said this development will add to the profile of India being a great disaster response oriented country with global operating standards.

The NDRF was raised in 2006 to undertake rescue and relief operations during life-threatening natural and manmade disasters.

The force has 12 operations battalions comprising more than 15,000 personnel based across the country. Four more battalions are being formed, the report said.