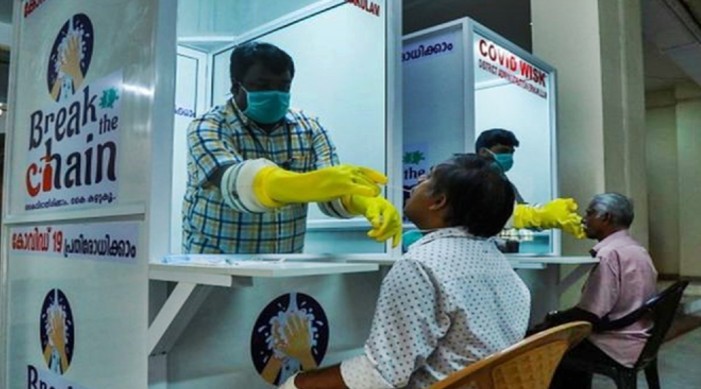 India’s active caseload now stands at 2,31,036, which is barely 2.23% of the total positive cases reported so far

With the daily Covid-19 recoveries in India outnumbering the daily new cases for 39 days in a row, the cumulative figure for recovered patients is now inching towards the 1-crore (10 million) mark.

With 29,091 people recovering in the last 24 hours, the total recovered cases have now crossed 99.75 lakhs (99,75,958), latest data released by the Ministry of Health and Family Welfare on Tuesday showed. This has also increased the Recovery Rate to a high 96.32 per cent.

The ministry said only 16,375 new cases were reported from across the country while a net decline of 12,917 cases has been recorded in the total active cases during the last 24-hour period.

India’s active caseload, which has been decreasing continuously, now stands at 2,31,036. This constitutes barely 2.23% of the total positive cases so far, the ministry said.

According to figures released by the Indian Council of Medical Research (ICMR), 8,96,236 samples were tested on Monday. This takes the total number of samples tested for Covid-19 in India to 17,65,31,997.

Health ministry data indicated that 82.62 per cent of the 29,091 recoveries reported in the last 24 hours are from 10 states and Union Territories (UTs). Maharashtra has reported the maximum number of single day recoveries at 10,362 recoveries, followed by Kerala with 5,145 new recoveries, and Chhattisgarh which recorded 1,349 daily recoveries.

A breakdown of the data for new cases in the past 24 hours shows that 10 states and UTs account for 80.05 per cent, with Maharashtra reporting the maximum at 4,875. Kerala recorded 3,021 new cases while Chhattisgarh reported 1,147 daily cases during this period.

Similarly, 70.15 per cent of the 201 case fatalities that have been reported in the past 24 hours are from 10 states and UTs, with Maharashtra accounting for 14.42 per cent of this number with 29 deaths. West Bengal and Punjab saw a fatality count of 25 and 24, contributing another 12.44% and 11.94% of the fatalities respectively.

58 cases of new coronavirus strain from the UK

Meanwhile, the total number of persons infected with the new strain of the novel Coronavirus first reported in the UK now stands at 58, with 20 new cases having been identified at National Institute of Virology (NIV), Pune.

According to the ministry, the samples that have been found positive are being tested at 10 INSACOG labs across the country for genome sequencing. These include the NIBMG Kolkata, ILS Bhubaneswar, NIV Pune, NCCS Pune, CCMB Hyderabad, CDFD Hyderabad, InSTEM Bengaluru, NIMHANS Bengaluru, IGIB Delhi, and NCDC Delhi.

All these persons have been kept in single-room isolation in designated health care facilities by the respective state Governments. In keeping with the protocol that has been laid down, their close contacts have also been put under quarantine.

"Comprehensive contact tracing has been initiated for co-travellers, family contacts and others. Genome sequencing on other specimens is going on," the ministry's statement said.

The statement added that the situation is under careful watch and regular advice is being provided to the states for enhanced surveillance, containment, testing & dispatch of samples to INSACOG labs.