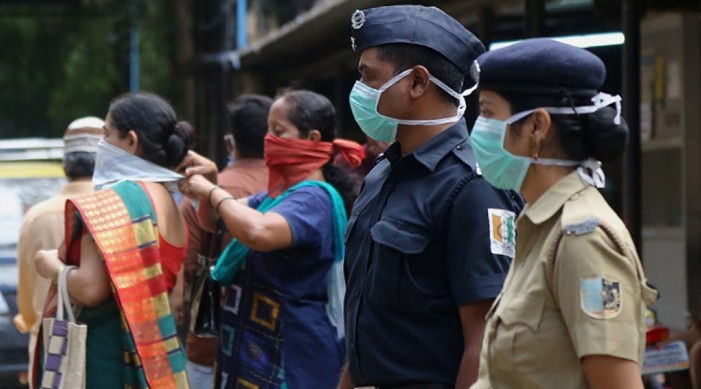 In September, India was reporting almost 100,000 Covid-19 cases a day, with many predicting it would soon pass the U.S. in overall cases. Instead, its infections dropped and are now at one-fourth that level.

One of the main reasons India was able to bring down the virus numbers, according to health officials quoted by an article in The Wall Street Journal, is that the country has managed to encourage and enforce almost universal acceptance of masks without much debate.

Appreciating the efforts of the Indian government, the WSJ article says that from the moment the pandemic landed in this South Asian nation, politicians and health experts have been united about the importance of masks, including Prime Minister Narendra Modi.

The article also noted the efforts of corona warriors including police who have been giving out tickets for the violations of Covid-19 restrictions.

“It is already a crime not to wear a mask in most areas. While enforcement varies by state, in hot spots such as New Delhi and Mumbai, police have been handing out tickets to people who aren’t covering their faces properly,” the article points out.

Quoting a German study, the WSJ article notes that PM Modi has emphasized the importance of masks, and his decision of making masks mandatory at an early stage reduced the number of new Covid-19 infections by 45 percent.

“As economic costs are close to zero compared to other public health measures, masks seem to be a cost-effective means to combat Covid-19,” the article quoted the report published in the Proceedings of the National Academy of Sciences this month.

While there is no official data on mask usage in India, the report cites a July survey by the National Council of Applied Economic Research (NCAER), which found 95% of respondents saying they were using masks or some sort of mouth covering when outside.

The WSJ article further quotes The Institute for Health Metrics and Evaluation at the University of Washington’s School of Medicine that has projected this month tens of thousands of lives could be saved and that millions fewer would be infected in India over the next four months if the country’s mask use climbed above 95 percent.

The article also notes that Indians have also been more cautious about returning to their normal routines, as per Google mobility data. Activity levels around shops, parks, and offices are much further below normal than in most other countries, it points out.

Towards the conclusion, the WSJ article notes that the country’s mask campaign has been a surprising success.

“In India, individually, lots of people prevented infection by wearing masks,” a retired professor of virology at the Christian Medical College in the southern city of Vellore T. Jacob John was quoted as saying. “It worked here,” he added.

Read the full report in The Wall Street Journal