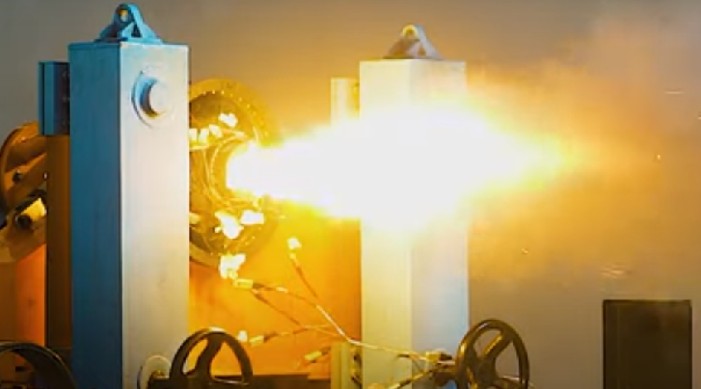 Kalam-5 is the first of the five Kalam engines that Skyroot plans to test. It uses the exact same propellant, materials, and interface as the three solid propulsion stages of the Vikram-1 launch vehicle, according to Chandana.

“The 'Vikram-1' rocket has three solid fuel-powered stages each with a burn time ranging between 80 and 100 seconds. The full scale solid fuel stage will be tested at the ISRO facility soon. The burn time will be 100 seconds," he was quoted saying in the report.

After achieving this milestone, the company is confident of launching its first full rocket next year. "We will be signing the non-disclosure agreement with the Department of Space in order to get access to ISRO facilities. The full scale solid fuel stage will be tested at ISRO's rocket port in Sriharikota in Andhra Pradesh," Chandana added.

Propulsion systems work to get rockets off the planet and into space. In case of a system collapse, the damages can range from pre-launch explosions to the rocket simply falling out of the sky, the Business Insider report pointed out. It is, therefore, crucial for the success of any rocket to ensure that the propulsion system not only functions correctly, but also provides adequate thrust to beat gravity.

A solid motor, Kalam-5 is a high-thrust, low-cost, and reliable rocket engine with propellant in the solid form.

The report said that right now, Kalam-5 gives a peak sea-level thrust of 5.3kN, can handle the pressure of 66 atmospheres and temperatures of up to 30,000 degrees Celsius.

According to Business Insider, Skyroot has raised an investment of $4.3 million from Solar Industries, Vedanshu Investments, and Myntra founder Mukesh Bansal. It is in the process of raising another $15 million in 2021.