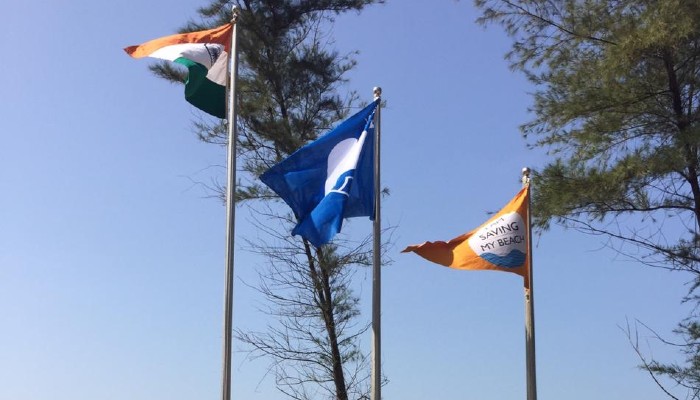 Union Minister for Environment, Forest and Climate Change Prakash Javdekar on Monday virtually hoisted the International Blue Flag in eight beaches across the country. This Blue Flag certification is an internationally certified eco label accorded by “Foundation for Environment Education in Denmark” based on 33 stringent criteria.

On 6 October, 2020 India had secured this International Blue Certification for these beaches when an international jury consisting of member organizations UNEP, UNWTO, UNESCO, IUCN, ILS and FEE announced the award at Copenhagen, Denmark.

While emphasising the need for a healthy coastal environment, Union Minister Javedkar congratulated the efforts of the Central and state governments as well as people, saying these beaches are an indicator that the coastal environment is flourishing and the Blue Flag certification is a global recognition of India's conservation and sustainable development efforts.

The Union Minister further informed that hundreds of more such beaches will be made Blue Flag in the coming 3-4 years and highlighted that cleaning beaches needs to be a made a “Jan Andolan” not only for its aesthetic value and tourism prospects but more importantly towards reducing the menace of marine litter and making coastal environment sustainable.

Today, the introduction of BEAMS program in 10 coastal states have resulted into international level of cleanliness at beaches with over 500 tonnes of solid waste collected, recycled and scientifically disposed of at these beaches reducing the menace of marine litter by over 78 per cent and marine plastic by over 83 per cent.

Approximately 11000 KL of water was saved by recycling and reuse with the BEAMS program, which has resulted in an increase in footfall at these beaches by over 85 per cent cumulative.