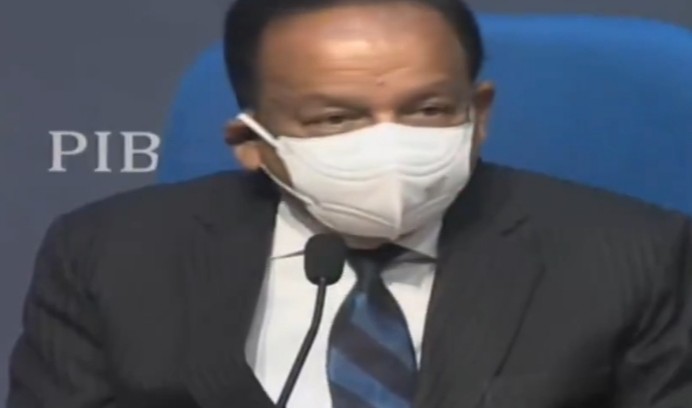 The government is fully alert about the new strain of coronavirus reported in the UK and there is no need to panic, Union Minister of Health and Family Welfare Harsh Vardhan said on Monday.

"The government is alert to respond to all situations," he said in response to a query on the new strain at a press briefing. He added that the government was "watching everything" and "will act according to what is needed just the way we have been over the past year".

"I just want to say that, right now, you should avoid getting into imaginary situation, imaginary talk, imaginary panic," the minister added.

Responding to another question on the new virus strain, the minister said that the scientific community has very ably risen to the occasion in the last one year. "They have been continuously striving and contributing to whatever is needed for any aspect in our fight against COVID-19," he pointed out.

The United Kingdom announced a lockdown in London and other parts of the country amid a surge in COVID-19 cases after a new strain of the Sars-CoV-2 virus was discovered.

Several countries, including India, have since suspended flight operations with the UK to prevent the new strain from spreading to their shores.

British Health Secretary Matt Hancock was reported saying "the new variant is out of control". Prime Minister Boris Johnson has, however, tried to reassure people, saying there was no evidence that this new strain caused more serious illness.