In a first, government lays down rights of power consumers to benefit 30 crore users 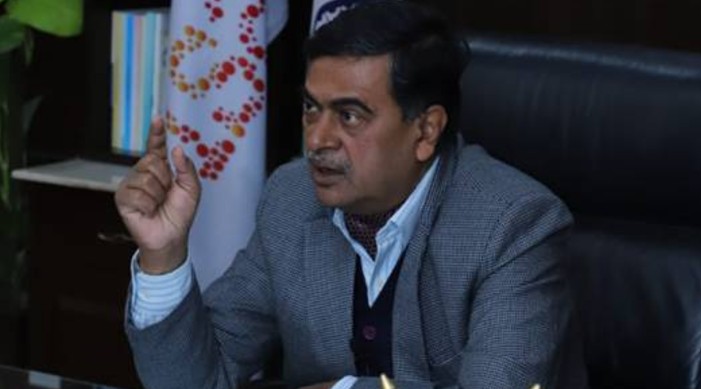 Among other things, the rules will allow consumers to get electricity connection in a prescribed timeline

The rules will allow consumers to get electricity connection in a prescribed timeline which is seven days in Metro cities, 15 days in other cities and 30 days in rural areas. The rules have also given the scope of punishment for the service providers who violate the rules.

While issuing these rules, the Union Minister of State (Independent Charge) for Power and New & Renewable Energy RK Singh said, “These rules shall empower the consumers of electricity and added that these Rules emanate from the conviction that the power systems exist to serve the consumers and the consumers have rights to get the reliable services and quality electricity.”

He said that Distribution Companies across the country are monopolies – whether government or private – and the consumer has no alternative. Therefore it was necessary that the consumers’ rights be laid down in Rules and a system for enforcement of these rights be put in place. “This is what the rules provide for”, he said.

The minister also called these rules as an important step towards furthering the ease of doing business in the country.

“These rules are also an important step towards furthering the ease of doing business across the country. Implementation of these Rules shall ensure that new electricity connections, refunds and other services are given in a time bound manner. Wilful disregard to consumer rights will result in levying penalties on service providers,” he said.

The rules, he said, are going to benefit about 30 crores existing and the prospective consumers in the country. He said that this is one of the major initiatives and another step by the Union Government to put consumers in the centre-stage of public utility services.

Stressing upon the need for awareness of all consumers especially in rural areas he said, States and DISCOMs are being advised to provide wide publicity to these highly consumer friendly Rules of the Government.

According to the rules, there are some rights and some duties of the consumers and the service providers respectively.

“It is the duty of every distribution licensee to supply electricity on request made by an owner or occupier of any premises in line with the provisions of Act,” the Ministry of Power said in a statement.

Similarly, it is the right of consumers to have minimum standards of service for supply of electricity from the distribution licensee, the ministry said.

For the release of a new connection, it said, “Maximum time period of 7 days in metro cities and 15 days in other municipal areas and 30 days in rural areas identified to provide new connection and modify an existing connection.”

The distribution licensee shall supply 24x7 power to all consumers. However, the Commission may specify lower hours of supply for some categories of consumers like agriculture, the ministry said.

As per the rules, automatic compensation shall be paid to consumers for which parameters on standards of performance can be monitored remotely. The ministry has also advised the license holder to establish a 24x7 toll-free call centre.

Laying down rules for the Consumer Grievance Redressal Forum (CGRF), it said that the forum will include consumer and prosumer representatives.

“The consumer grievance redressal has been made easy by making it multi-layered and the number of consumer’s representatives have been increased from one to four,” the ministry said.

The licensee shall specify the time within which various types of grievances by the different levels of the forums are to be resolved, it said. Maximum timeline of 45 days specified for grievance redressal, it said further.

Apart from that, facilities like use of online access to various services such as application submission, monitoring status of application, payment of bills, status of complaints raised, to consumers through its website, web portal, mobile app and its various designated offices area-wise is also given by the ministry.