India pledges US $1 million to WADA, maximum in the world 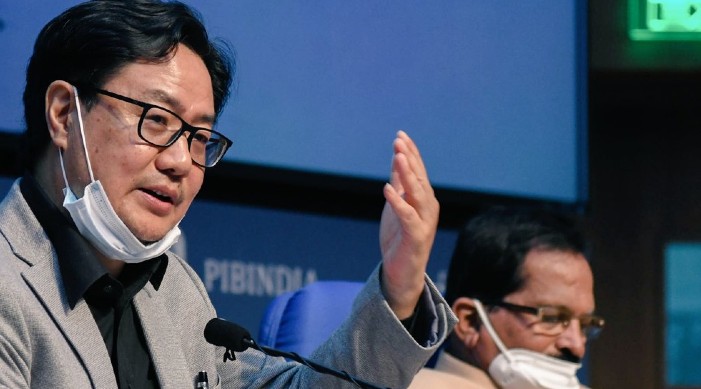 India has pledged a sum of USD 1 million to the scientific research budget of the World Anti-Doping Agency (WADA) in order to ensure an atmosphere of Clean Sport globally. The amount is the highest contribution made by any country to the global agency.

In a letter to WADA President Witold Banka about the contribution, Union Minister of Youth Affairs and Sports Kiren Rijiju said that India will boost the efforts to achieve the target of USD 10 million for this Fund.

He wrote, “I am happy to share with you that the Government of India is pledging a ‘one-off’ financial support of USD 1 million to this WADA Fund for scientific R&D and (I&I) with the hope that this contribution from India will boost the efforts to achieve the target of USD 10 million for this Fund.”

The top anti-doping agency, WADA will use the fund to develop innovative anti-doping testing and detection methods. The money will also be used to further strengthen WADA’s independent Investigations and Intelligence Department.

According to the Ministry of Youth Affairs and Sports, the contribution made by India happens to be the highest in the world by any other world government including China, Saudi Arabia and Egypt.

Expressing his gratitude towards the contributions made by India and others, WADA President Witold Banka said, “This is a massive boost for WADA and for Clean Sport. The agency is grateful to the Government of China, Egypt, India and Saudi Arabia for supporting the protection of sport in this way.”

These generous contributions can be seen as a strong commitment from these nations and will be put to good use enhancing scientific research, as well as the work of WADA’s independent (I&I) department, he added.

“Both areas have delivered significant achievements in recent years and these additional resources will contribute greatly towards WADA’s mission for doping-free sport,” Banka said.

On September 8 this year, Rijiju held a meeting with Banka where he had stressed on the need for Clean Sport. The Sports Minister had also reaffirmed the commitment of the government of India to strengthen the anti-doping programme globally.

Rijiju also assured India’s support to WADA in the form of scientific expertise and resources during the meeting held through video conferencing.

The total contribution of all member nations will be matched by an equal sum by the International Olympic Committee (IOC) to create a corpus of USD 10 million. The decision to build this corpus was made at WADA’s Fifth World Conference on Doping in Sport held in Katowice, Poland in 2019.