Board Exams 2021: Education Minister to discuss schedule with teachers on Dec 22 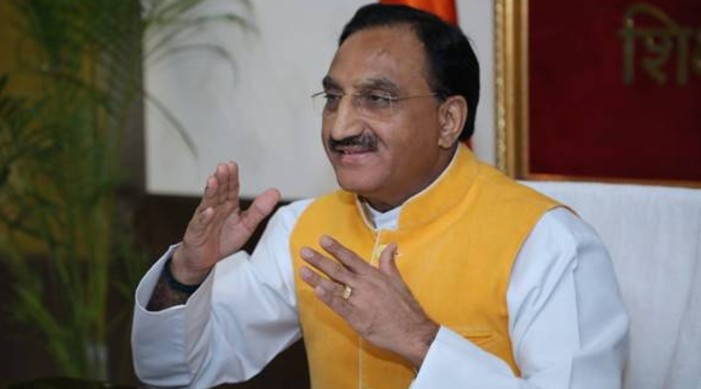 The discussion, which was originally slated to be held on December 17, has received an overwhelming response from the teachers

Union Education Minister Ramesh Pokhriyal ‘Nishank’ will discuss the schedule for the Class 10 and 12 Board Exams 2021 during a live discussion with teachers through his social media handles on December 22.

“Teachers, I am looking forward to having an insightful interaction with you all on Dec 22 at 4 PM. Please share your queries/suggestions with me using #EducationMinisterGoesLive,” said the Education Minister in a tweet.


Teachers, I am looking forward to having an insightful interaction with you all on Dec 22 at 4 PM.
Please share your queries/suggestions with me using #EducationMinisterGoesLive pic.twitter.com/VlYIQ5Vcc8


Earlier, the discussion was to be held on December 17, but it has now been postponed considering the overwhelming response from the teachers on social media.


Considering the overwhelming response, the date have been revised. Union Education Minister Shri @DrRPNishank will go #live on Dec 22 at 4 PM on Twitter or Facebook to discuss your concerns regarding board #exams. pic.twitter.com/YkzY59REUD


The discussion comes days after the spread of misleading information about the board examinations on social media. It had created a panic amongst students, teachers, and parents.

Several fake documents were being circulated on social media platforms regarding the schedule of class X and XII board examinations. The fake document allegedly suggested that the CBSE Class 12 Board Examinations 2021 would begin on March 15.

However, the rumors were put to rest by the Central Board of Secondary Education (CBSE) as it issued an advisory to announce that the information was misleading.

The board further advised the schools, students, and parents to not believe any such information and rely on the official website to check the updates of the examination.

“CBSE is well aware about the condition of the students and parents in the time of pandemic and, therefore whatsoever decision would be taken by the CBSE that will only be taken after consultation with all the stakeholders and will be communicated at an appropriate time through Board’s website,” the notice said.

The Education Minister had earlier gone live on December 10 with students where he had categorically stated that the CBSE Class 10 and Class 12 board exams slated for 2021 will not be canceled.

He had further said, "However, if the pandemic situation does not improve, then students would be given more time."