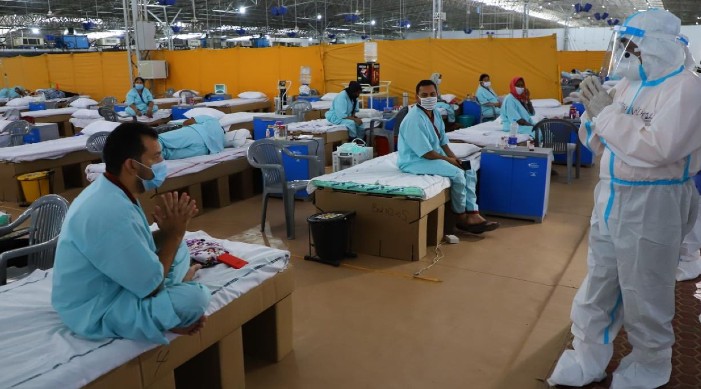 The gap between Recovered cases and Active cases is also increasing consistently and currently stands at 91,67,374

With daily recoveries outnumbering the new reporting cases of COVID-19 on a daily basis, the total recoveries are nearing 95 lakhs. Amid this, the recovery rate of 95.31% happens to be one of the highest in the world.

Around 33,291 recoveries were reported in the past 24 hours against the 24,010 new cases in the same period of time, the latest data released by the Ministry of Health and Family Welfare said.

“With focussed strategy and proactive as well as calibrated measures of the Union Government along with the States and UTs, India has sustained a very high Recovery Rate along with rapidly declining Active Cases and low mortality rate,” the ministry said in a statement.

Recoveries outnumbering new cases on a daily basis have ensured a high recovery rate among patients, it said further.

The new recoveries have taken the total number of recoveries to nearly 95 lakhs. The number of total recoveries stand at 94,89,740 and the recovery rate is hovering at 95.31 per cent.

The gap between Recovered cases and Active cases is also increasing consistently and presently stands at 91,67,374, the ministry said.

“India’s recovery rate is amongst the highest in the world. While the global figure for Recovery Rate is 70.27%, India is recording 95.31%. USA, Brazil, Russia, and Italy are reporting lesser recovery rates,” the Ministry said.

The rising recoveries have also led to a continuous contraction of India’s Active Caseload. It has ensured that India’s present active caseload of 3,22,366 consists of just 3.24 per cent of India’s Total Positive Cases.

Of the new recoveries, the maximum was reported from Kerala with 5,728 recoveries in the past 24 hours followed by 3,887 recoveries of Maharashtra and 2,767 of West Bengal.