Indian talent can attain global fame in space sector, like in the IT sector: PM Modi 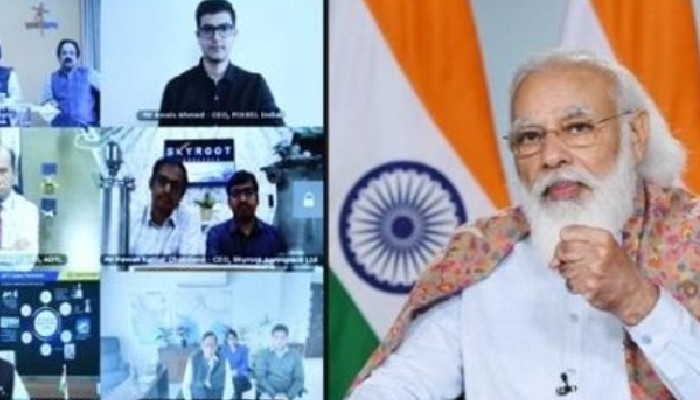 Prime Minister Modi interacts with experts from the space sector.

Private investment in the sector will lead to the creation of hi-tech jobs and provide a host of opportunities, PM Narendra Modi said

Indian talent will be able to attain worldwide fame in the space sector, just like it has been able to do in the IT sector, Prime Minister Narendra Modi said on Monday.

Interacting with key industries, startups and academia from the space sector via video conferencing, he said the decision to unlock India’s potential in this field had heralded a new age of public-private partnership.

In June 2020, the Union Cabinet took a far-reaching decision to open up the space sector and enable the participation of Indian private sector in the entire gamut of space activities.

Taking note of the plans of companies to make rockets and satellites, the Prime Minister remarked that this marks a big change that will further strengthen India’s foray into the space sector.

According to a statement issued by the Prime Minister's Office (PMO), he said that private investment in the sector will lead to the creation of hi-tech jobs, which will provide a host of opportunities to the talent pool in IITs/NITs and other technical institutions.

Prime Minister Modi underlined that the reforms in the sector are not limited to ensuring ease of doing business. Necessary mechanisms have also been put in place to ensure help for the participants at each stage, including making available testing facilities and launchpads, the statement quoted him saying.

The endeavour was not only to make India a competitive space market, but also to ensure the benefits of the space programme reach out to the poorest, he said.

During the interaction, PM Modi also underlined the significance of the space sector in communication and navigation.