51st IFFI will be organized in a hybrid manner: I&B Minister 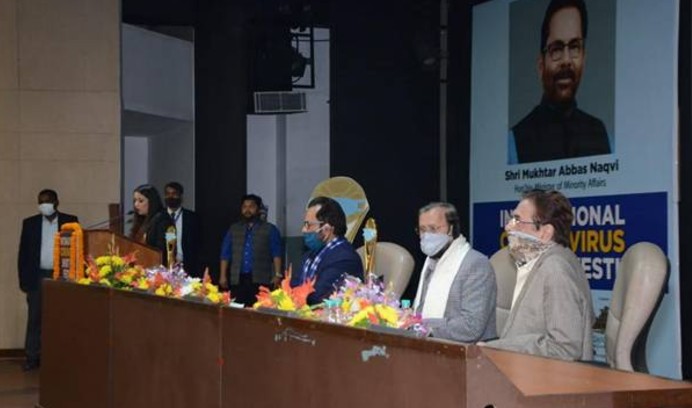 To be held online as well as offline, IFFI’s opening and closing ceremonies will be organised with a smaller audience

Union Minister of Information and Broadcasting Prakash Javadekar has said the 51st International Film Festival of India to be organized in Goa will be held in a ‘hybrid manner.’

He also said people would be able to witness the festival online while the opening and closing ceremonies would be organized at the location with a smaller audience. He also informed that this edition of IFFI will see the participation of 21 non-feature films.

The Information and Broadcasting Minister said this while inaugurating, ‘International Coronavirus Short Film Festival’ on Sunday. The festival is witnessing the participation of 2,800 films from 108 countries.

Union Minister for Minority Affairs Mukhtar Abbas Naqvi, speaking on the occasion, congratulated Javadekar and the Ministry of I&B for creating mass awareness about coronavirus successfully in a country as vast as India. He also congratulated the Jury and the organizers of the festival for bringing such a vast array of short films to a single place.

“The government, society, cinema, and media in India have played a commendable role with courage, commitment, and caution during the Corona pandemic. Short films conveying awareness and a strong message played an important role during the crisis,” Naqvi said.

Besides renowned film personalities, diplomats from various countries, journalists, intellectuals, and other dignitaries were present on the occasion.