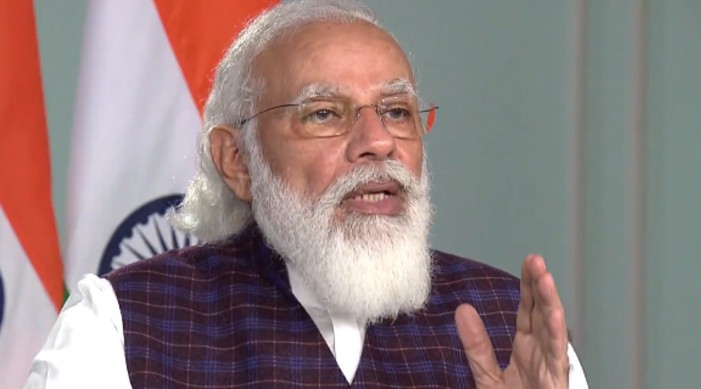 In order to improve connectivity in the rural areas, the Indian government has embarked on a plan to connect every village in the country with the optical fibre cable in the next three years, just like the recent one in Andaman, Prime Minister Narendra Modi said today while addressing the Mobile Congress 2020.

From announcing the government’s plans on increasing broadband connectivity and Wi-Fi hotspots to encourage the wise use of technology for better healthcare, better education, better information and opportunities for farmers, PM Modi laid down many goals for the generations to come.

Here are some of the key takeaways from Prime Minister Modi’s speech at the Mobile Congress 2020 held virtually.

“We are coming out with programmes that focus exclusively on places which can make the best out of such connectivity – Aspirational Districts, Left wing extremism affected districts, North Eastern states, Lakshadweep Islands etc. We are keen to ensure greater spread of fixed line broadband connectivity and public Wi-Fi hotspots,” he said in his speech.

“Let us work together to make India a global hub for telecom equipment, design, development and manufacturing,” PM Modi said.

The government has come up with the Production Linked Incentive scheme to promote telecom equipment manufacturing in India, he said.

Use of Technology for COVID-19 Vaccination Drive

India will embark on one of the world’s largest COVID-19 vaccination drives given the scenario of mobile technology in India, PM Modi said in his address at the Mobile Congress.

India is a country of over 1 billion mobile phone users with around 750 million internet users, he said.

India is the fastest growing mobile app market in the world, he said.

Use of Technology for ‘Better’ everything

India has come a long way since the first ever telephone call was made, he said. There has been a technological revolution in the past 10 years with direct and great impact on the country, society and the world, he said.

“In this context, it is important to think and plan how do we improve lives with the upcoming technology revolution Better healthcare, Better education, Better information and opportunities for our farmers and Better market access for small businesses are some of the goals we can work towards,” he said.

The future that lies ahead will make the present system appear primitive, he said.

Roll out of 5G as soon as possible

“As I said earlier, this is just the beginning. The future holds great potential with the rapid technology progress. We need to work together to ensure a timely roll-out of 5G to leapfrog into the future and empower millions of Indians. I hope that this conclave will ponder on all such matters and come out with fruitful outcomes that will take us forward in developing this critical infrastructure,” PM Modi said.

Message to Youth of the country

The newly founded firms and businesses are doing better than the ones founded decades ago, he said, emphasising on the fact that youngsters have a conviction that takes businesses ahead.

Sometimes conviction is all that stands between just a profitable exit and making of a unicorn, he said. “So, my message to my young friends would be to have faith in their potential as well as products,” he said.

PM Modi also called on the industry experts to form a task-force to think of better ways of handling the electronic waste & create a circular economy.