Efforts on to attract investment to improve the country's infrastructure: PM Modi 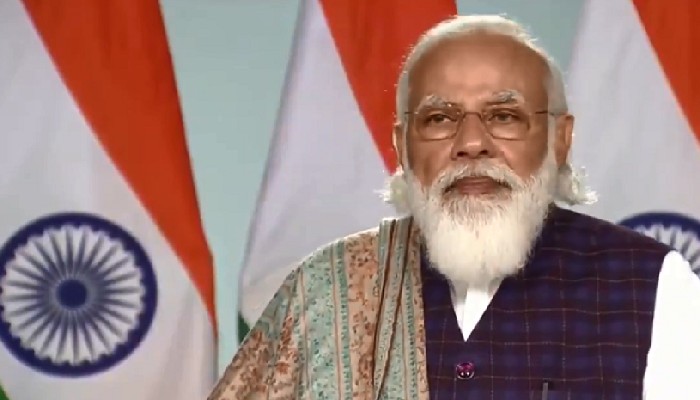 Prime Minister Narendra Modi on Monday said that efforts are being made to attract investment from all over the world to improve the country's infrastructure. He said that improved infrastructure will give a boost to the tourism sector of the country.

Terming tourism as a sector in which there are means of earning for everyone, the Prime Minister informed not only has the government increased the number of countries covered under the e-Visa scheme, it has also reduced the tax on hotel room tariff significantly. Efforts are also being made to attract tourists through schemes like Swadesh Darshan and Prasad, he added.

While virtually inaugurating phase one of the construction of the Agra Metro project, PM Modi said that more than Rs 100 lakh crore will be spent under the National Infrastructure Pipeline Project. Work is also being done on the Multi-modal Connectivity Infrastructure Master Plan.

The Prime Minister said reforms are now being carried out in a wholesome manner rather than in a piecemeal manner. He remarked that for the development of cities work has been done at four levels- resolution of long-standing problems, Ease of living, Maximum investment, More use of modern technology.

He further noted that in the six years after 2014, more than 450km of metro lines have become operational in the country and about 1000km of metro lines are in progress. He added that connectivity in western UP is increasing at a fast pace due to modern facilities.

Taking a dig at the previous government, the Prime Minister pointed out that one of the major problems of the country's infrastructure sector has been that new projects were announced, but not much attention was given to where the money would come from. He added that his government has ensured the necessary funds at the start of the new projects itself.

The Agra Metro project comprises two corridors with a total length of 29.4 km and connects major tourist attractions like Taj Mahal, Agra Fort, Sikandra with railway stations and bus stands. The project will benefit the 26 lakh population of the city of Agra and will also cater to more than 60 lakh tourists who visit Agra every year.

According to an official statement, the project will provide an environment-friendly Mass Rapid Transit System to the historic city of Agra. The estimated cost of the project will be Rs 8,379.62 crore which will be completed in five years.

The virtual event was attended by Union Minister of Housing and Urban Affairs Hardeep Singh Puri, Chief Minister of Uttar Pradesh Yogi Adityanath, and other dignitaries.