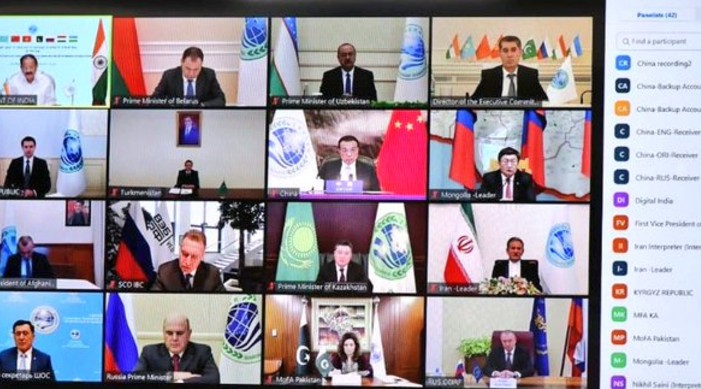 "Even when the whole country was under lock-down, we have supplied medicines and equipment to more than 150 countries, including to the Member States of the SCO" V P Naidu

India has stood firm in its fight against the Covid-19 pandemic as not only death rate has been brought down, but also the country has helped several nations to strengthen their resolve against the pandemic, said Vice President M Venkaiah Naidu on Monday.

Speaking virtually at the SCO summit, Naidu appreciated the efforts of the corona warriors and said, “Thanks to the people-empowered and people-driven approach, India has kept its COVID-19 death rate at one of the lowest levels in the world. India has one of the highest recovery rates of over 93%. India’s outstanding efforts in managing COVID-19 crisis have found global recognition, including from the World Health Organization.”


Thanks to a people-empowered and people-driven approach, India has kept its COVID-19 death rate at one of the lowest levels in the world. India has one of the highest recovery rate of over 93%. #SCO


Naidu pointed out that India has helped over 150 countries in tough times by providing medical assistance.

“Even when the whole country was under lock-down, we have supplied medicines and equipment to more than 150 countries, including to the Member States of the SCO. We are ready to share our experiences with you in the fight against this common menace,” he said.

Noting that India has been at the forefront of producing quality medicines and vaccines at low cost, Naidu said, “More than 60 percent of the vaccines for global immunization programs are being manufactured in India and this global vaccine production and delivery capacity will be used to help all the countries in fighting this crisis. More than 30 indigenous vaccines are currently being developed in our country, three of them are in an advanced stage.”

“Thanks to its world-class pharmaceutical industry, India has demonstrated itself as a ‘pharmacy to the world’ during the ongoing COVID-19 pandemic,” he added.

Naidu further noted that it is time to bring a reformed multilateralism to dilute the sociopolitical impact of the Covid-19 pandemic. For this, he said that global institutions including the World Health Organization should come together and rework the development strategies to face a post-COVID-19 world.

“We need a Reformed Multilateralism that reflects today's realities, which gives voice to all stakeholders, addresses contemporary challenges, and puts human beings at the center of our thought and policies,” he said.

Further, the Vice President proposed to create an Expert Group on Traditional Medicine under the annual SCO Health Ministers meeting.

“We have witnessed the limitations of the modern medical system, which is under tremendous pressure due to the unprecedented global spread of COVID-19 pandemic. In such a scenario, traditional medicine systems have played an important supporting role in providing an effective and low-cost alternative to save the lives of millions in the region,” he said.

India’s Ministry of AYUSH is ready to annually host the Expert Working Group on Traditional Medicine in India under the mechanism of SCO Health Ministers Meeting, he said.