India has left behind ‘era of scams’, says PM Modi as he opens anti-corruption meet 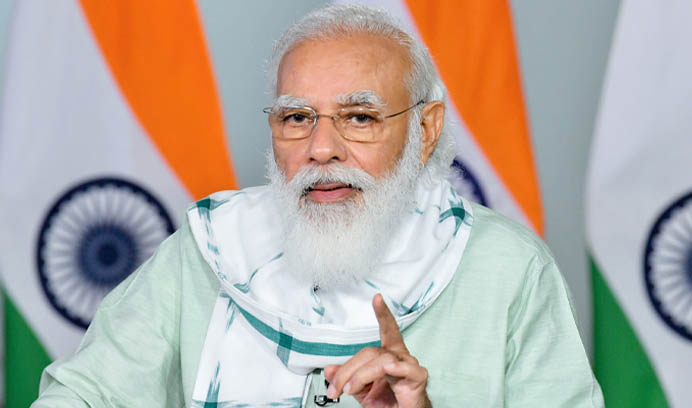 Due to Direct Bank Transfer, money worth thousands of crore in rupees have been saved from going into wrong hands

While inaugurating the National Conference on Vigilance and Anti-Corruption on the theme ‘Vigilant India, Prosperous India’ on Tuesday, Prime Minister Narendra Modi said that India has left behind the era of scams. He said that through Direct Benefit Transfer, the poor get 100 percent benefits of the government schemes without the involvement of middlemen.

“Now through DBT (Direct Benefit Transfer), poor get 100% benefits of govt schemes, they get it directly in their bank accounts. Due to DBT, over Rs 1 lakh 70 thousand cr being saved from going into the wrong hands. Today, we can say that country has left behind the era of scams,” the Prime Minister said.

Speaking virtually at the event, the Prime Minister said the citizens have now built trust in the government as many old laws have been abolished to reduce the undue pressure of the government. The scenario has completely changed over the last six years, he said.

Addressing the National Conference on Vigilance and Anti-Corruption. https://t.co/hv08JEKCuh

“In past decades, we've seen when a generation of corruption is not punished, other generation commits corruption with more power. Due to this, in many states, it became part of political tradition. This dynasty of corruption from generation to generation makes country hollow,” he said.

PM Modi pointed out that there is a need to work together with a holistic approach against corruption through systematic checks, effective audits, and capacity building and training.

“It is imperative for development that our administrative processes are transparent, responsible, accountable, and answerable to the people. Corruption was the biggest enemy of all these processes. Corruption hurts development and disrupts social balance,” he added.

During his address, he also noted that the Vigilance Awareness Week has begun and the country is preparing to celebrate Sardar Vallabhbhai Patel's birthday.

The Central Vigilance Commission (CVC) will observe the Vigilance Awareness Week from October 27 to November 2. 2020. The three-day conference will focus on vigilance issues aimed at raising awareness and reaffirming India's commitment to the promotion of integrity and probity in public life through citizens' participation.