Bihar Assembly elections 2020: All set for first phase of voting on Oct 28 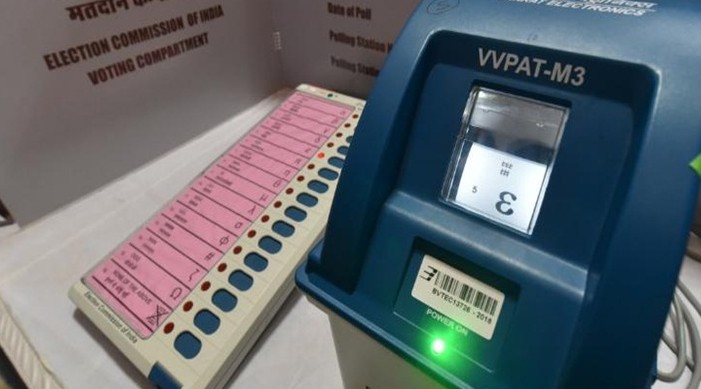 File photo of a voting machine

With a hectic poll campaign coming to an end on Monday, the stage is set for voting for 71 seats in the first phase of the Bihar Assembly elections 2020 on Wednesday.

The Bihar Assembly elections 2020 to 243 seats, the first major electoral exercise during the COVID-19 pandemic, is being conducted in three phases. The second and third phases will be held on November 3 and November 7.

Results for the elections will be declared on November 10.

The Bihar Assembly elections will see a contest between the ruling Bharatiya Janata Party-led National Democratic Alliance (NDA) and the Mahagathbandhan, or Grand Alliance, between the Rashtriya Janata Dal, the Congress and regional parties.

Announcing the election schedule on September 25, Chief Election Commissioner Sunil Arora had described it as the "biggest election in the world in Covid times".

Polling will be held with strict COVID-19 preventive protocols in places, including mandatory masks for all persons entering a polling station, thermal screening, and sanitizers at the entrance of poll booths and other enclosures.

The Election Commission of India has also reduced the maximum number of voters at one polling station from the existing 1,500 to 1,000 to ensure better social distancing.