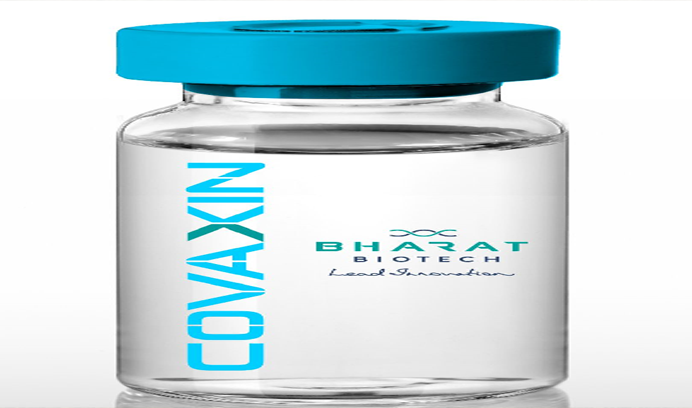 If successful, it will be India’s indigenously made vaccine for COVID-19 along with another candidate by Zydus Cadila, ZyCov-D.

India’s candidate for COVID-19 vaccine, Covaxin being developed by Bharat Biotech has been cleared for the Phase-III clinical trials by the Drugs Controller General of India’s (DGCI) Subject Expert Committee (SEC), a report published in LiveMint said.

The recommendation was made by the panel on the basis of data from Phase I and II and the animal challenge study. The candidate was given a nod for the phase I and II trials in July.

The candidate is on the verge of completing its phase-II trials. If successful, it will be India’s indigenously made vaccine for COVID-19 along with another candidate by Zydus Cadila, ZyCov-D, said the report.

According to the LiveMint report, the vaccine ChAdOx1 nCoV-19 and also known as AZD1222 is the fastest in the race of COVID-19 vaccine worldwide.

While AstraZeneca is conducting human trials with a total number of around 50,000 participants in the United Kingdom, the United States, Brazil, Japan and South Africa, Serum Institute is conducting the trial in India with 1,600 patients. The companies are expecting the results by December.

The SII is the most ahead in the race of clinical trials in India and it is conducting phase-III trials of Covidshield.

Though Russia has launched Sputnik V vaccine, India will be testing the vaccine on 100 volunteers, as reported by the Russian News Agency Sputnik. The tests will be conducted by Dr Reddy’s Laboratories permitted by DGCI. The date and time of the tests have not yet been determined.

The Indian government is expecting a vaccine to be ready as early as by the end of December this year, a senior health ministry official was quoted saying by the report.