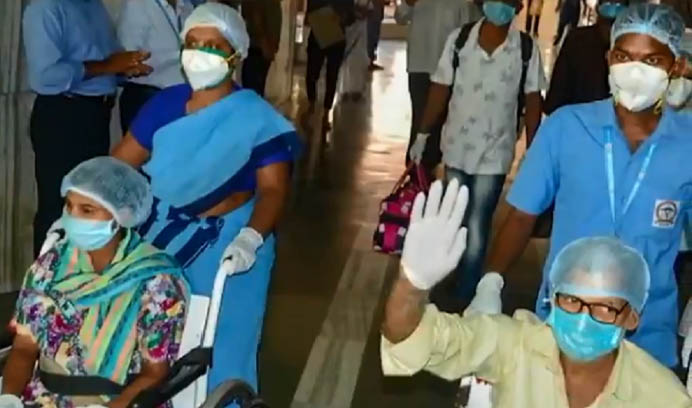 With this, the country's recovery rate for COVID-19 cases further rose to 86.36 per cent

The recoveries in India continue to surpass the new reported cases keeping the active cases of COVID-19 below nine lakhs for the fourth consecutive day, after a month's gap. The total recoveries have surpassed the 61-lakh mark.

According to the data released by the Ministry of Health and Family Welfare, India recorded 71,559 recoveries in the past 24 hours taking the total number of recoveries to 61,49,535. With this, the recovery rate further rose to 86.36 per cent. The active cases in the country stand at 8,61,853.

“India is also reporting high number of recoveries. The total recovered cases are close to 61.5 lakhs (61,49,535). The difference between active cases and recovered cases is consistently increasing and stands at 52,87,682 today,” the ministry said.

Citing India’s downward trend, the ministry further said, “India continues to report a trend of steadily decreasing active cases. For the fourth day after the active cases dropped below the 9L mark after a month, the decline continues unabated.”

Kerala also reported 9,347 cases and 25 deaths in the past 24 hours. Andhra Pradesh and Tamil Nadu each reported over 5,000 cases and 30 and 65 deaths respectively.